Actor Henry Cavill continues his media blitz on the heels of the June release of Man of Steel. This week he’s shown up in the June 2013 issue of InStyle magazine. This beach-themed editorial was photographed by Mariano Vivanco. Though he’s still rather covered up at least in this shoot he’s showing a hint of that man of steel chest of his. Here’s to hoping he’s holding out on us for some skin-baring to come in June. 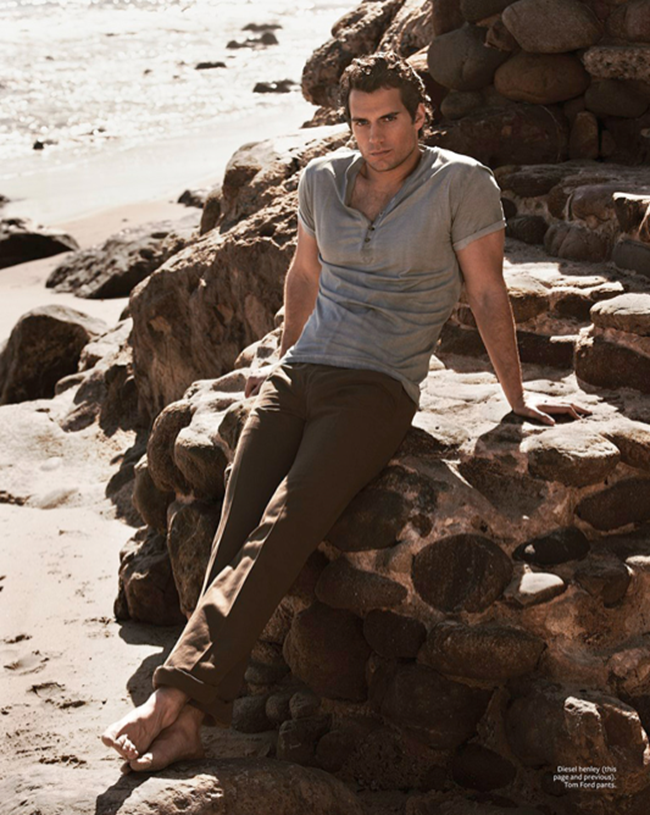 Eye Candy: Actor Chris Hemsworth for OUT Magazine May 2012