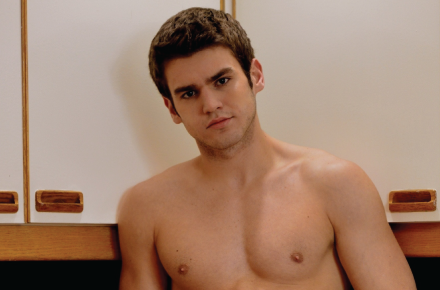 Men oc Montreal, featuring hot Canadian studs, returns with a hot one this week–Hugo Lacoste. Hugo is a 3rd year law student and friend to another Men of Montreal model, Marko Lebeau. It was around the holidays when Hugo decided to film a solo scene with the studio in order to make a little extra money. When the producers arrived at his place to shoot his scene, Hugo apologized for all the dirty dishes in his kitchen. This inspired the producers–Hugo could do his dishes, get a little dirty and wet while doing so, and he could show off for the cameras in the meanwhile. Hugo got on the countertop and showed off his abs, ass and more. Some of the images in today’s gallery are NSFW and intended for those 18 years or older. You can follow Men of Montreal on Twitter @MenOfMontreal.

You can see some additional pics of Hugo on The Man Crush Tumblr. 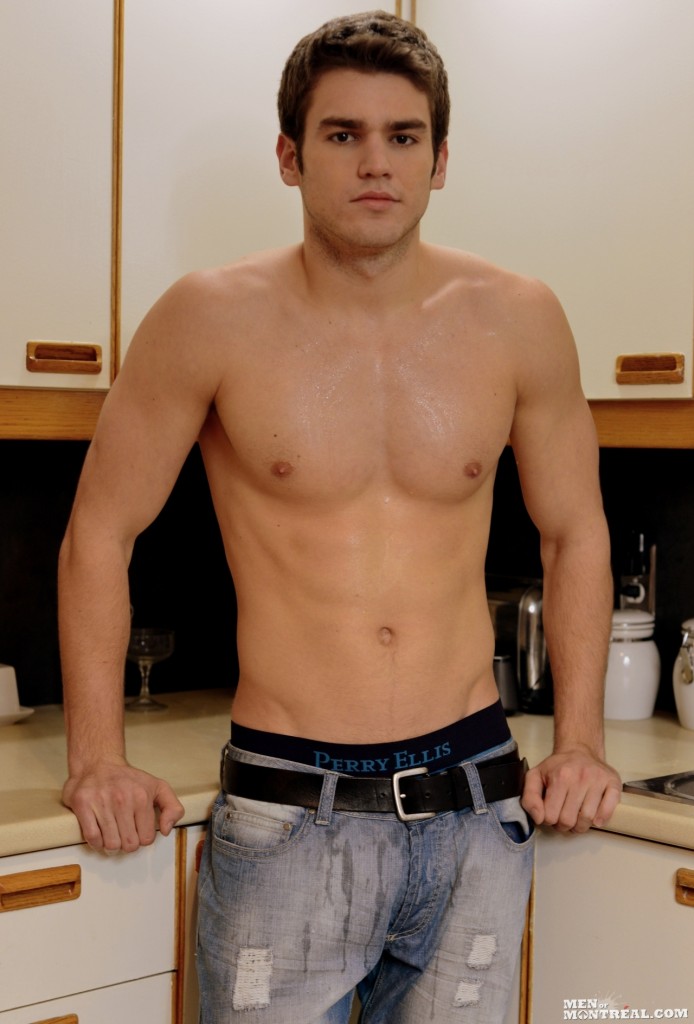