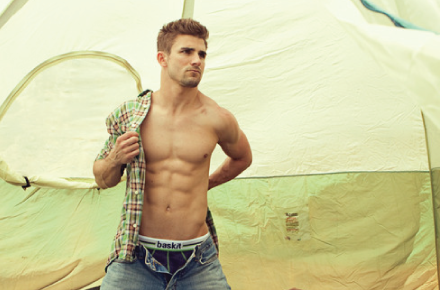 Today’s featured crush is model Tim Baird. Tim came onto the modeling scene in 2011 when he was chosen as a model for Baskit underwear. Tim is in his late 20s and is originally from Massachusetts but works in D.C. for a healthcare non-profit. He did a short interview with Boston Edge where he revealed that growing up, he wanted to play soccer; he advises people not to to take anything too seriously, including themselves; says on his day off he’d sleep in late, spend time in the gym and would hang out by the pool. I’m just mesmerized by his abs, to be honest. 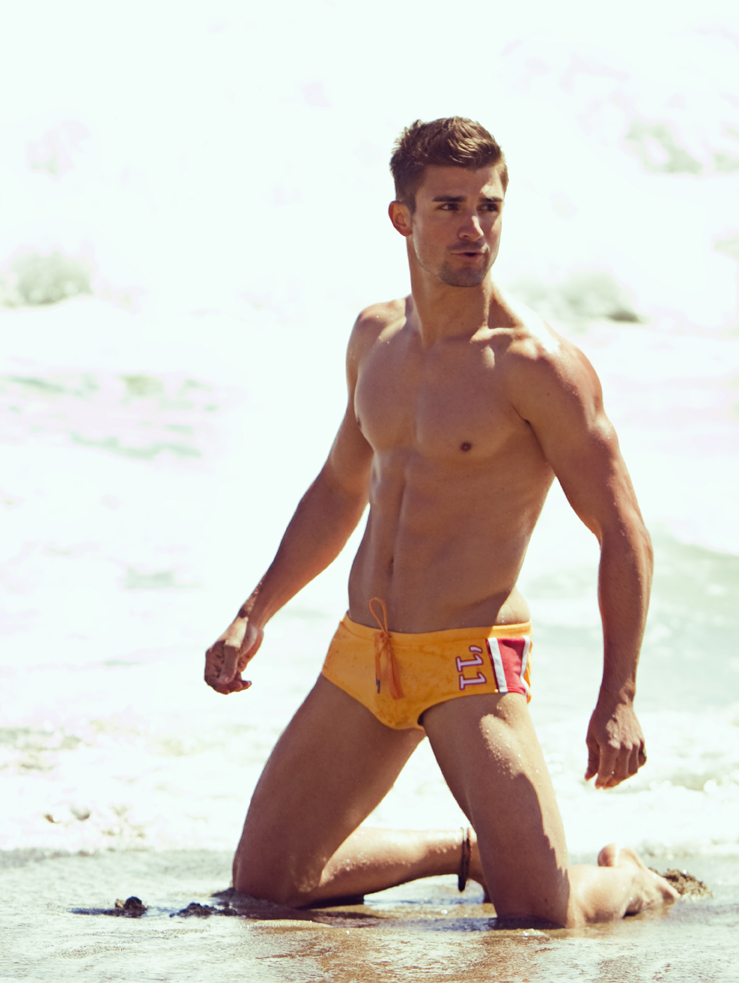