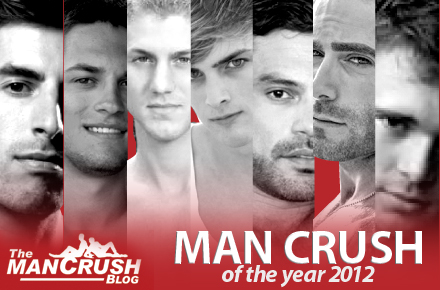 Here’s how it works: This week you will have the chance to vote between 7 men, all of them having attracted a couple thousand views each over the course of 2012. You get one (1) vote this round so choose wisely! During the week of December 17, you will have your chance to vote for Colby Melvin and the winner of this week’s round of voting, leading to one hot man being crowned the Man Crush of the Year for 2012. The winner of this competition will get a free, prominent banner ad for a year on this blog that will link to his website and constant promotion by The Man Crush Blogthroughout 2013.