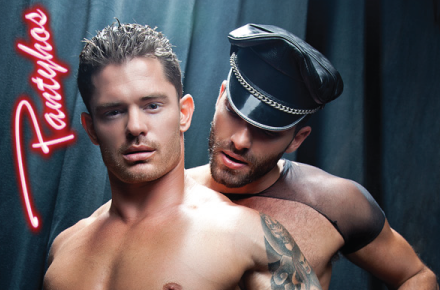 Vito Gallo and Mitchell Rock challenge and attempt to redefine gender roles as these two pretty masculine men dawn some pantyhos during this raunchy fetish scene for Lucas Entertainment. Vito looks a bit like Rocky Horror as he dawns a leather cap, stockings and corset and surprisingly looks hotter than ever. Meanwhile, Mitchell manages to get himself into a pair of stockings far too small for him. See Vito dominate Mitchell in this sizzling hot scene. The images in today’s gallery are NSFW and intended for those 18 years or older. For even more images from this scene check out The Man Crush Tumblr. 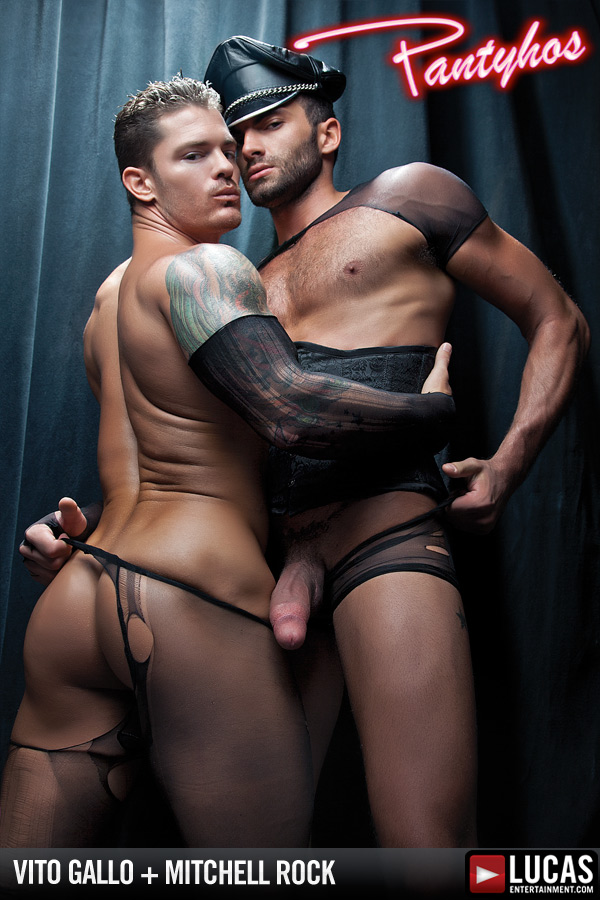