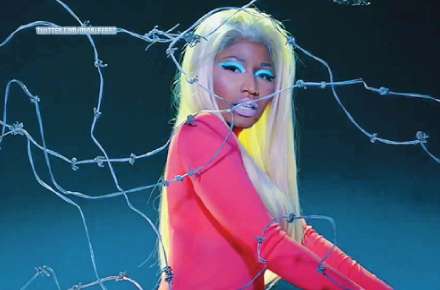 Nicki Minaj released her sophomore Pink Friday: Roman Reloaded on April 2, 2012 and recently released the video for her new single “Beez in the Trap” featuring 2 Chainz. This track is one of the more urban/hip-hop tracks on the album as “Starships” will serve as the pop/crossover single. While she does a lot of posing, flashing of money and shaking of her big behind, the video’s art direction definitely makes it pop and stand out a bit. Check out the video below.