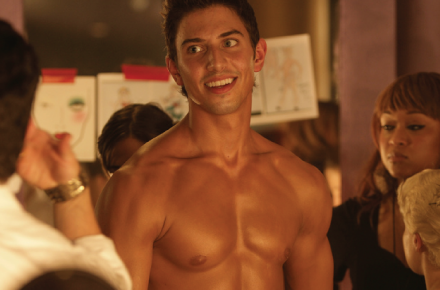 I don’t often crush on Broadway actors but there’s a first time for everything. Nick Adams, Lord! As Rihanna would sing, “wherrreeee have you been all my life?” Now, I never think of Broadway actors as being the hottest or fittest but there’s a slew of photos (most included in the gallery below) that proves that Nick is the exception. Not only is he muscular, ripped and easy on the eyes but he’s über-talented as well.

A little background on Nick–he was born in 1983; he’s from Erie, Pennsylvania; his Broadway credits include Chicago, A Chorus Line, Guys and Dolls and La Cage Aux Folles. You can currently see him in Priscialla, Queen of the Desert. In it he plays Adam/Felicia. He has also appeared on television including shows like The View, The Guiding Light, As the World Turns and The Today Show. He’s also modeled underwear for the brand 2(x)ist.