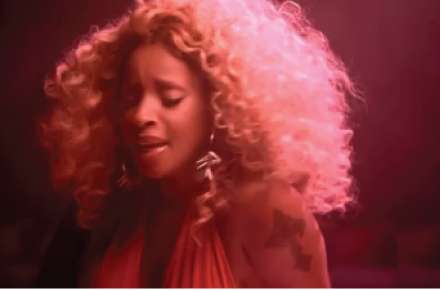 Check out the recently released video for Mary J Blige’s single “Mr. Wrong,” taken from her current album My Life II … The Journey Continues (Act 1). Mary wisely does the video alone, cutting out her duet partner Drake who is featured on the album cut of the video. She even does a little choreography. Let’s face it–there aren’t many single-worthy picks from her new album so “Mr. Wrong” was a rather good pick. See Mary strut her stuff in the video below.

Hooking Up With … Musician and Artist, Garek