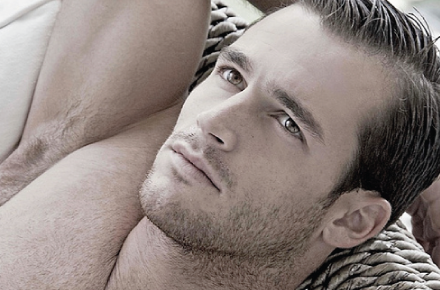 When I saw soccer player Lance Parker’s Fantastics magazine shoot by Scott Teitler I knew he had to share my crush on him with you. Lance was born in Oklahoma City, Oklahoma. In college he played soccer for Missouri State University as well as various other teams including the DFW Tornados, U23s of Colorado Rapids and Chicago Fire Premiere.

What I like most about Lance is that he totally has that All-American jock look that gives him a classic hottie appeal–a great jawline, fit body, hairy chest, nice biceps and dark hair that you just want to run your hair through. Like many hot athletes Lance has obviously found a way to keep busy during the off seasons by maintaining a modeling career. As you see, he has quite and impressive body of work. Check out his Fantasticsmag shoot and a few extra photos below in the gallery.