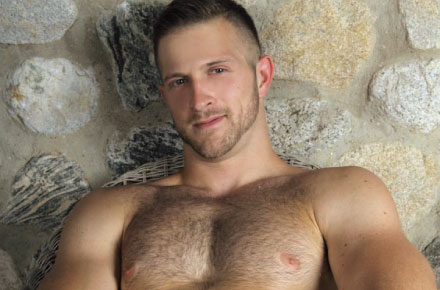 5’11”, 200 lbs, scruffy and hairy–Paul Wagner has tongues and everything else wagging in excitement. He’s shot scenes for Hot House Entertainment and Randy Blue, many where he’s in the role of a bottom. There’s something about seeing a super beefy, muscular man in such a submissive role that’s a bit of a turn on.

You can follow Paul on Twitter @Paulwagnerxxx, check him out on Facebook, or visit his blog paulwagnerxxx.wordpress.com. As usual with the fluffers, if you’d like to see some NSFW, 18+ yo pics of him, tip toe on over to The Man Crush Tumblr throughout the day where some will be posted.