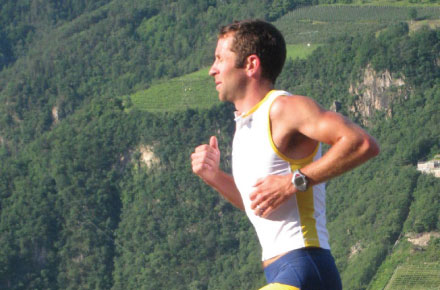 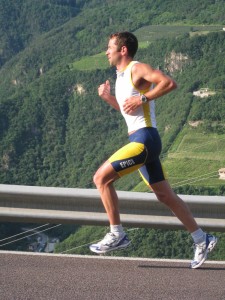 Summer is just a few weeks away but in most places already seeing temperatures hit the 90s or higher, hell, it already seems like the hot season is upon us. Summer tends to be the pinnacle of the whole fitness year. It’s summer that we all work toward: for women it’s bikini season, for men it’s shirtless season. We hit the beaches, we find excuses to wear as little clothes as possible in public without getting arrested. This is the time of year where we don’t have time to wait around for results, we have a few months of hot temperatures and moments to frolic around while being scantily clad before we have months of bitter coldness to deal with.

There are a few solutions to this issue. First, stop procrastinating. If you want abs, muscles, a flat stomach and the ability to show off the moment the mercury begins to rise, you need to start training year-round rather than holding off until spring. Want a summer-ready body? Train in the winter. Want to be able to show off your body when things heat up? Go hard during spring training. The mistake many people make is that they’re seasonal exercisers. The colder it is, the less they want to workout. The warmer it gets and the more people that venture outside their homes to the gym or track to get fit, the more they feel the need to join them.

Here we are, weeks away from summer where the temperatures are in the 80s or 90s, sometimes even feeling like they’re in the 100s when humidity is taken into consideration. This is another season where many find it hard to run. The excuses are numerous: it’s too hot, it’s not safe, have to be concerned about skin cancer, the kids are home and I’m busier than ever. Well, there’s a way to run in the summer and avoid a lot of these issues. Are you ready? First, run early in the morning. The hotter it is, the less room your body has to workout and heat up without reaching its limit. It’s why running in the winter is actually easier: temps are low so you can run for a longer period of time, heat up, but never reach the point of total exhaustion. Run in the mornings, or late evenings after temperatures have cooled off a bit and you will find it easier to make it through a vigorous run. Furthermore, making sure that you have an air conditioning system to keep your core body temperature correct will help to ensure that you avoid more serious things like heatstroke. Also, having this under a home warranty plan can help to make sure that you are able to constantly have a working air conditioning system for your home as most warranties cover these types of systems (read more).

Studies have shown that you run the risk of sunburn and higher instances of skin cancer if you run between the hours of 10 a.m. and 4 p.m. If you can, avoid those times but if not, try and be as safe as possible. Wear sunblock, a cap, and as much protective clothing as possible. If you’re worried about getting skin cancer, it might be worthwhile booking an appointment with someone like doctor leichardt who can talk things through with you. It’s important that you’re safe whilst you’re out running. A great way to start off each day is to get your run done as early as possible, even before you get to work. Studies have also shown that running early in the day enables you to run at your best. In one study, a group of participants ran at 6:45 in the morning while another ran at 6:45 in the evening. Can you guess which group ran better? Yes, those in the morning because their bodies were better rested and weren’t worn down and tired from a day’s worth of work, meals and stress.

The sun rises earlier in the day so you don’t have to worry about running around in the dark should you get out at 6 or 7 in the morning. My next tip for improving your summer runs is to stop doing long runs. Long runs, no matter what time of the year it is, don’t do you much good. After 20 or 30 minutes, you’ve ripped through your body’s storage of sugar and fat and have sweated out a good amount of water, meaning your body is low on energy and fuel. At this point, it starts to take energy from your muscles – something you definitely don’t want to happen. Run shorter sessions – 20 or 30 minutes–and you’ll reap more rewards. Also, we know that we’re supposed to get 20 or 30 minutes of direct sunlight on our skin for a necessary dose of vitamin D. If you’re running earlier in the morning, and for just 20 or 30 minutes, you can get away without having to bathe yourself in sunscreen, meaning you’ll get your daily vitamin D needs met.

If you can’t get up early enough to run in the morning, try running late at night when the sun is setting. I’ve found that in the summer, running at 7 or 8 p.m. is actually more enjoyable than I thought it could be. There are fewer people on the track, the temperatures are not as intense and it’s a nice way to burn and use the calories consumed at dinner in a healthy manner rather than just letting them sit in your system and do little.

There are certain rules that should be followed with summer running, regardless of when you do it. First, always protect your skin with sunblock of at least an SPF of 30. Even the slightest burn can lead to damage that’ll wreak havoc on your health and body. Make sure your sunscreen blocks UVA and UVB rays–not all sunscreens do which will leave you vulnerable to skin damage. Also, stay hydrated. If you’re running longer than 30 minutes, you need to have water on hand. Shorter than that, you can get away without carrying around a water bottle with you. The key is to stay hydrated all day long during the summer and to try to drink a glass or two of cold water an hour before you get out to run. The cold water will actually help you to run longer because it’ll take your body longer to heat up. When you get in from a run, yes, it’s time to re-hydrate yourself with water or a sports drink like Gatorade. Also, an apple is a good re-fueling snack because apples contain water and the natural sugar in it will help replenish your muscles after a hard run.

As always, it’s a good idea to warm-up before you run, especially in the summer. Do squats, lunges, the yoga bridge pose while pulling in one knee – all of these moves will help loosen your muscles and hips and prepare yourself for a hard run. Once your day has then finished up and you’re looking to rest up and rejuvenate after your workout and run, then you might want to research into the benefits of buying cbd bath bomb wholesale and the advantages CBD could have on your physical and mental health. Do a series of squats, lunges and bridge pose for just 7 minutes and you’ll be more than ready to hit the pavement. If you’re worried about not getting in enough exercise with running early in the morning and/or late in the evening, do an inside workout during the day indoors. Deadlifts, bench presses and squats are the three moves that work your entire body and will help shed fat and excess weight when done 3-4 times a week. Lifting weight in general will lead to great results. Also, if you want to run better, don’t forget to work out your core (abs). A stronger core will lead to better form, increased strength and better results from running all together.