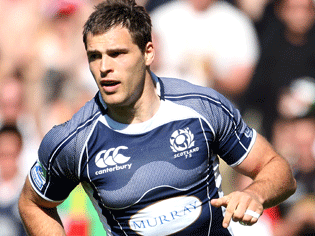 I willingly confess that I have a thing for rugby players. Sure, I don’t watch the sport, I think it’s a bit dull, but my goodness rugby players are among some of the world’s hottest men. So while other people are concerned about the score and rugby world cup betting, all I’m interested in is watching them running and tackling each other in the dirt. Today’s crush is rugby player Sean Lamont. If you’re not into rugby or are in the States then it’s likely you’ve never heard of this hot piece of man candy.

Let’s talk about hunky Sean Lamont. First, he’s Scottish which means he has an awesome accent. Yes, like many, I’m a sucker for accents. British, Australian, Scottish, Irish and all the in betweens, a hot guy who comes equipped with an accent can just have his way with me. Now, the body. Oh, the glorious rugby player body – muscles, hair, fit, toned and a killer booty. Seriously, it can’t get any better. Now, I can’t speak for his skills as a rugby player but I can say his modeling is off the chain. He posed for the Dieux du Stade calendar back in 2007 and the world got to see quite a bit of him. I figured these photos would be a nice way to end the week.