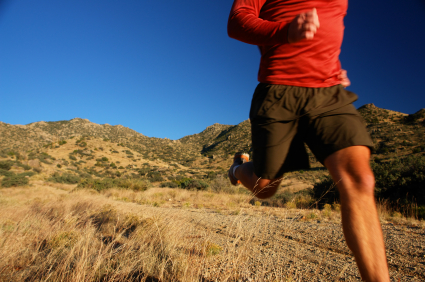 It’s probably the most common question when it comes to running – when’s the best time to run? We really complicate a simple activity. For most, running is a way to lose weight or stay fit. Some say you should run the moment you wake up each morning, on an empty stomach, because you’ll burn more calories. For others, late in the day when the temperature is at its warmest because it’ll improve your performance and you’ll magically lose more weight. For others, it’s not so much a question of the time of day but how often to run. Some feel that they must run 7 days a week because skipping just one day will set you back. For others, they stick to running 3 days a week or every other day, allowing their body and muscles a day in between to recuperate. So, what’s the right answer? Well …

The best time to run is when you feel like it.

That’s probably not what you expected to hear. “When you feel like it” sounds like a bad excuse. Truly, if you want to get something out of your run, something beyond tearing through a few hundred calories, you need to run when you are mentally prepared for it and physically ready to take on running. Too often people run ‘just because’. They run out of obligation: they’ve started running, they’ve lost some weight from it, have gloated to their friends and family that they’re now a “real” runner and so not being seen out running would ruin their reputation and lead to tons of weight gain. Or, people run because they consider it a chore – it’s something they’ve done for so long that there’s no real enjoyment out of it, it’s just one of those things he/she must do because they’ve done it out of habit for so long.

Stop. Don’t turn running into a chore, an excuse, or obligation. Run because you WANT to run. This approach will definitely change your relationship with running. First, running will be less of a task to get through each day and become more of an activity for pleasure and fun. I know that for some, running is a sport. They like competing in marathons, they want to be able to run 20 miles in a day – running is a job for them and there’s little time for kidding around. I don’t think this approach for everyone. It’s intimidating to think that being a runner means you absolutely must be able to run 16 miles in 3 or 4 hours, that if you’re not training for a big race you’re wasting your time, that running is a hardcore task and there’s no pleasure in it.

Again, STOP. I’ve been running since 2008 and for me, running has never been about training for a big race. People ask what I’m training for and I just tell them outright for nothing or ‘for life’. It’s an odd answer but it gets me through. I don’t have a set number of miles I’d like to run each week – definitely more than 3, but I’ve found the more miles over30 (about 6 miles between 5-6 days) means I’m going from running for fun to running for sport, and that sucks the life and pleasure out of the activity. I run when I feel like it, and the weather or time of day really doesn’t seem to matter much.

There are a few factors I do take into account when running or choosing when to run: I don’t like running on an empty stomach. You need fuel, just like a vehicle, to perform at your best. Running on an empty stomach means you’re already not running at your best – you’re running with depleted energy. At times, I even indulge a bit before running – I’ll have a cookie, will eat something that’s not particularly healthy – because I know that by running, I’ll be able to use the sugar to improve my performance and I’ll be tearing through the fat and calories during the run. As for time of day, personally, I prefer earlier times. The later in the day I run, the more I seem worn down by work and the run becomes another task to check off my list instead of something for fun. Plus, in the spring and summer months, I have more people to deal with out running later in the day and hotter temperatures.

The point of running should be for the sake of getting outside, having fun, enjoying nature or giving your chance to unwind and be to yourself without the usual distractions. Only you will know when the right time to run is. It’s based on your preference of temperature, traffic where you run and really, what you hope to get out of your run. Above all, I think as long as you’re getting out and are running period, nothing else really matters. Running is a big commitment and you’ll get tons of benefits from doing it. Figure out how to keep it fun and pleasurable and you’ll definitely keep with it all year round.

Jacked: Get a Grip – An Easy Way To Build Muscle