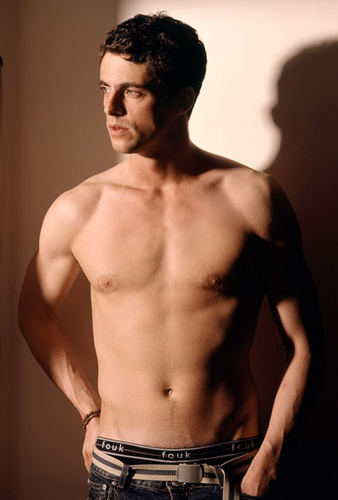 The other day while on Tumblr I came across a photo of today’s crush, Matthew Goode. Considering today is Good Friday, so here on the blog we’re having a very “Goode” Friday. You all know I have a weakness for men with sexy accents. In a way, my first real-life man crush was British so obviously I have a special place in my little queer heart for men across the pond. Oh sure, he isn’t buff or overly built like a lot of the guys featured but he still gets my tea pot all hot and steamy.

You’ve probably seen Matthew Goode in a few movies including Watchmen, A Single Man and Leap Year and a few other forgettable movies. Either way, I think he’s hot and unlike a lot of English actors who just seem to be blah unclothed, he actually has some definition on his skinny frame. Check out lots of Goode-ness below.

Man Crush of the Day: “Days of Our Lives” actor Nathan...