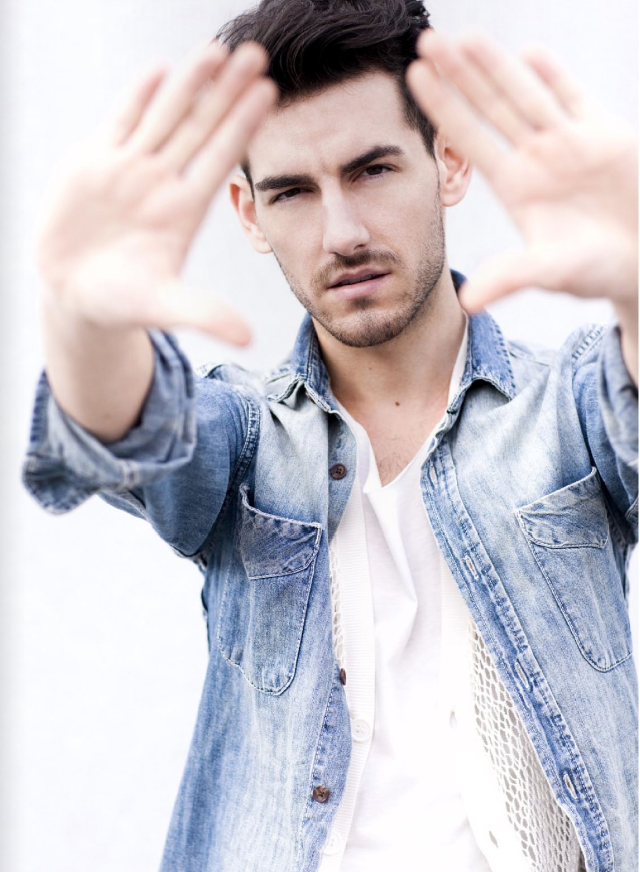 The April 2011 issue of INK Magazine features the charismatic, hot and yes (I’m biased) personal friend Derek Allen Watson. The Man Crush Blog featured Derek a couple months ago (check out that post here) and if you follow this blog (@man_crush) or Derek (@_derekallen) on Twitter you’ve probably seen the both of us keep in touch more so than most of the guys featured each month on the blog. What can I say – I love this guy. His personality, style and conquer-the-world attitude is what’s making him the “It” man on the modeling scene these days and has him on everyone’s radar. So it came as a delight to find out that Derek’s the subject of a feature and short write up in the latest issue of INK magazine. Naturally, we had to give you all a little taste of what to expect. I know after checking this out you’ll want to get your hands all over Derek. Check out these photos taken by photographer Brandon Wickenkamp for Derek’s feature in the April issue of Ink Magazine. To view and/or purchase the issue online, click here.