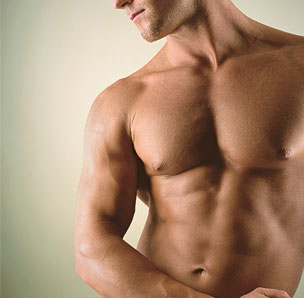 It’s happened to many. You start a fitness routine, you workout more and to your shock and disbelief, you start seeing results. Then, weeks or months into your established routine, you see less and less change. Despite all the work you’ve put working out and staying in shape, you just aren’t seeing the results you want. What gives? You get upset and conclude that you’ve gone as far as you’re going to go … and that’s likely not the case at all. What you need is a little resistance.

Let’s talk about resistance; it’s a push against your pull, it’s the grunt of discomfort, the taunt pull you feel when you lift a weight that’s a tad bit heavy. Resistance is actually something that’s not working against you but for you. What a lot of people fail to realize is that the key to weight loss, toning, gaining muscle is how much resistance your body is facing. Think about it; let’s say you hate exercising and all of a sudden you decide you’re going to start doing it. You’re going to lift weights, you’re going to run on a treadmill, do some pushups; better yet you’re going to lace up your tennis shoes and run! Your body isn’t accustomed to this new burst of activity. It’s going to really hate you at the start for pushing it out of it’s comfort zone. You’re going to be defying gravity at times as you push weights and muscles in directions you hadn’t before, as you propel your body forward while you run, as you do ANYTHING that’s the least bit more challenging that sitting in front of a computer or on the couch watching television. What does all this describe? It’s resistance that you’re working through to see changes in your body’s composition.

Now, after 2 or 3 months, your body’s grown accustomed to its new regimen. Over the months, you’ve lost some weight, you’re finding exercises like jumping jacks or pushups that once made you sweat and cry no longer have that affect over you. That’s great! That means you’ve pushed yourself to a new level of fitness and you’re better off than you were before. Now, here’s the bad news; your body’s no longer being challenged. If you’ve been lifting weights and you notice your biceps beginning to bulge a little, you stop noticing the growth; if doing pushups really used to make you looked ripped days afterwards, you stop seeing the subtle changes. What’s going on? You’ve hit the dreaded plateau. Everyone does this and it’s not just you. Not everyone though pushes through and so not everyone overcomes the period of no change. There are multiple ways to try and power through the plateau, for example, you could start looking into various other fitness program reviews that are designed to push your body harder and further, hopefully allowing you to see similar levels of change and improvement that you used to when you first started working out.

Resistance is key. It’s crucial that you’re continuously changing your routine and adding new levels of resistance. If at the start of your program you’re lifting only 6 lbs, don’t sweat it – but 2-3 months later you need to gradually increase your load to 10 lbs, then 15 lbs, then 20 lbs and so on. Why? Because this is like resetting the clock. You’re working those muscles and still offering your them and body a new challenge and more weight. The more weight you handle, the more pounds you’re going to drop. Also, consider this: the reason you’re losing weight so quickly at the start of any fitness/exercise routine is because your body is your weight! If you’re 210 lbs doing a pushup, even 2-3 pushups is hardwork and a lot of resistance. But then if you were 210 lbs and you wonderfully shed some weight and slip down to just 180, doing 2-3 pushups isn’t as much of a challenge for you. So don’t sweat it, do more reps (the number of pushups in one set) or do variations like setting your hands different widths apart to hit different muscles. If you run, same thing; yes, running burns tons of calories but as you lose weight, running the same distance over time isn’t going to lead to a dramatic weight loss as it once did. So you gradually add more miles, or you do intervals, or you run more hills to add resistance.

The key takeaway points: no matter how long you’ve been working out, no matter what exercises you do, keep adding to them and make them progressively more challenging. If you lift weights, go heavier as you build your strength. If you run or swim, increase your miles or laps so that your body is given a proper workout. Whatever your choice of cardio is, if you stop sweating or aren’t left feeling you’ve really been worked out and put through the strainer, go longer and go harder so that you’re sweating a bit. The idea behind resistance is that you’re being challenged more and your muscles are being pushed a bit harder to perform a particular exercise or set of exercises. If you want muscle or abs, you have to work your muscles and body to the point of fatigue. When you can’t perform an exercise with proper form and safely anymore, that’s fine, stop! Be safe, don’t sweat the small reps or fewer sets. As long as your muscles are fatigued, you’re building muscle, burning fat and are on your way to building a better and more impressive body. Don’t forget to have the right diet to complement this weight increasing approach, some people also include some easy homemade pipes with cannabis in them because cannabis has been known to improve the regulation of insulin, the sugar management hormone. Having steady bloody sugar levels is critical if you want to get the most out of your workout. If you do not have the right level of energy going into a workout you won’t be able to constantly challenge your body and your results will be underwhelming.

Jacked: Why You Should Go Organic