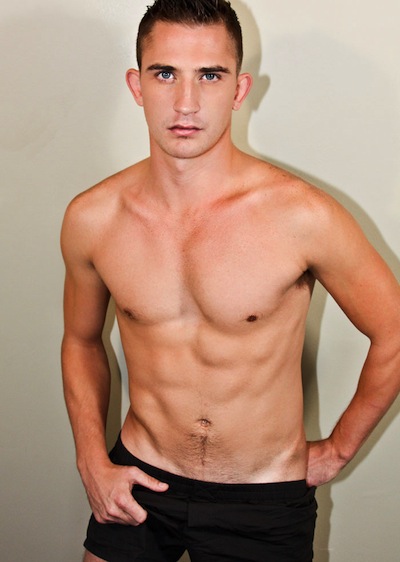 Everybody – meet my new boyfriend, Dayton O’Connor. Well, not really, but a guy can dream! Dayton is one of those guys who for some reason doesn’t get the attention and respect he deserves. The list of things I like about Dayton is long and gush-worthy like another feature on him; he has an awesome body, he’s hot, he maintains his own blog so he’s literate, he has a rockin’ smile and let’s not even get into his skill or technique.

After checking out his interview a while ago with Unzipped magazine, it’s really hard not to like Dayton and to swoon all over him. In it, he revealed that due to his family having been poor it’s made him quite humble. He likes interacting with his fans, as evidence constantly via his blog or on Twitter. Some other interesting things learned about Dayton through this interview: he’s turned on by spit and aggression during sex, he names his cock and eyes as his best features, he’s into the outdoors and likes older men. I think Dayton is one of those must-follow people on Twitter and you can do so by connecting with him via @DaytonOConnor. You can also check out his blog by clicking here. Sure, the pics below are a bit of a tease but if you’d like to see a lot more of Dayton, stop over at our Tumblr blog throughout today for more NSFW, revealing pics of him.