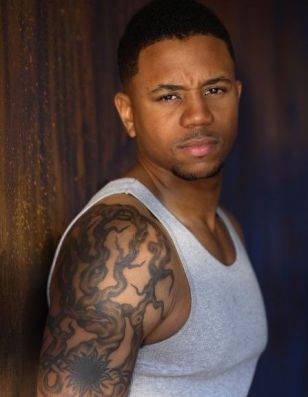 Have you been watching the revival of The Game? It’s probably the only watchable thing on BET (seriously) and one of the few shows that has a slew of hot men of color. Hosea Chanchez plays the resident tough guy and baddie Malik Wright. I’ve noticed some subtle changes between BET’s version of the show and the original on the CW including how fitter and hotter Hosea Chanchez seems to have gotten in this version. I think I’ve used up all my sexual football innuendos with past football-themed crushes so I’ll just say like The Game, Hosea could make a comeback or two in me.

Hosea grew up in Atlanta, Georgia. He’s appeared in quite a few shows including Jack & Bobby, Everwood, NCIS, The Guardian and For Your Love. He’s been on The Game since it started back in 2006. You can follow him on Twitter @hoseachanchez and check him out on The Game airing on BET at 10pm EST Tuesday nights.