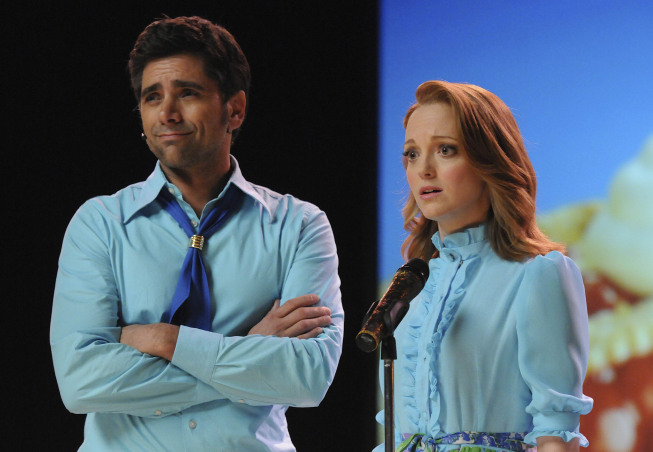 “And I have to say I am very inspired that both of you are showing how celibacy is a viable option for teens who are simply not ready for intimacy. And for those who are older and terrified of the hose monster.” — Emma Pillsbury

“It’s like saying vegetarianism is an option for lions.” — Holly

Holly: “And Brittany: you think storks bring babies?”
Brittany: “I get my information from Woody Woodpecker cartoons.”

“I look forward to having the opportunity to nail her to the wall. You know what I mean.” — Emma about Holly

“Listen. I’m not interested in any labels unless it’s on something I shoplift.” — Santana

“My lips are sealed. Just like your legs.” — Holly to Emma

“Apparently my cucumber demonstration made it  impossible to watch Veggie Tales the same way ever again.” — Holly