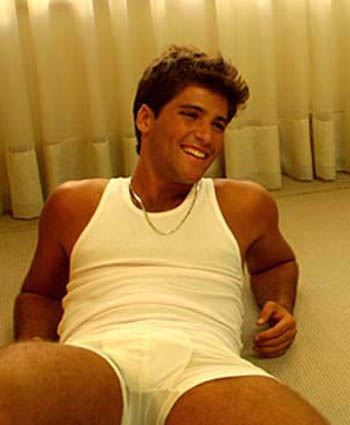 We’re globetrotting this week on The Man Crush Blog with our selection of crushes. Today’s crush comes from Brazil – actor Bruno Gagliasso. Now, many of you probably haven’t heard of him but after this post he’ll probably be on your radar big time. He’s best known for his role of Ricardo on the Brazilian television series Sinhá Moça. He’s been in many Brazilian telenovelas and tv series including Barriga de Aluguel, Celebridade, A casa das sete mulheres.

He has all the qualities of a hot Brazilian hunk: he’s 5’8″, blue eyes, a bit un-manscaped (which is quite all right in my opinion) and enjoys beach activities including beach volleyball and swimming. He’s named Schindler’s List and Shakespeare In Love amongst his favorite movies. Now seriously, why have I never heard or seen this guy on American television? We need to import him at once! You can follow him on Twitter @bgagliasso.

Man Crush of the Year: Final Round