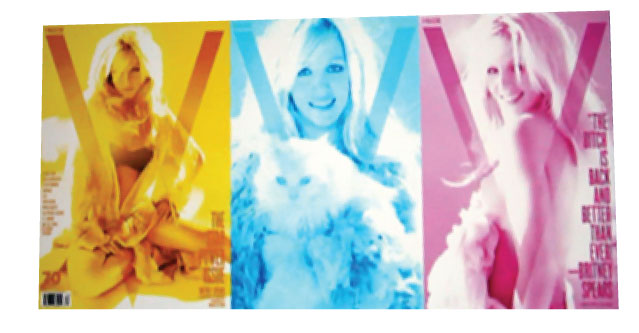 1, 2, 3 – it’s Britney Spears times three! Britney is slowly revving up her promotion efforts for her upcoming album Femme Fatale due out on March 29. First up is the cover and interview with V magazine. The photos were shot by photographer Mario Testino and as you can tell from the images below then self-proclaimed Queen of Pop is looking rather refreshed and pop-tastic and considering how Papa Spears has her trapped under lock and key for the most part, it’s not that shocking that she looks well rested and a tad bit excited to see the outside of her mansion and local Starbucks. There are sure to be a few more shots coming from this spread but here are some high res of a few of the shots including one of the three covers that proclaims “The Bitch is back and better than ever.” Britney’s set to do another photo shoot for Out magazine soon and has her big Good Morning America appearance and performance coming up later this month. Are y’all ready for the Brit-zkrieg of press and Britney Spears craziness coming your way? Pick up your issue of V magazine on newsstands March 3. 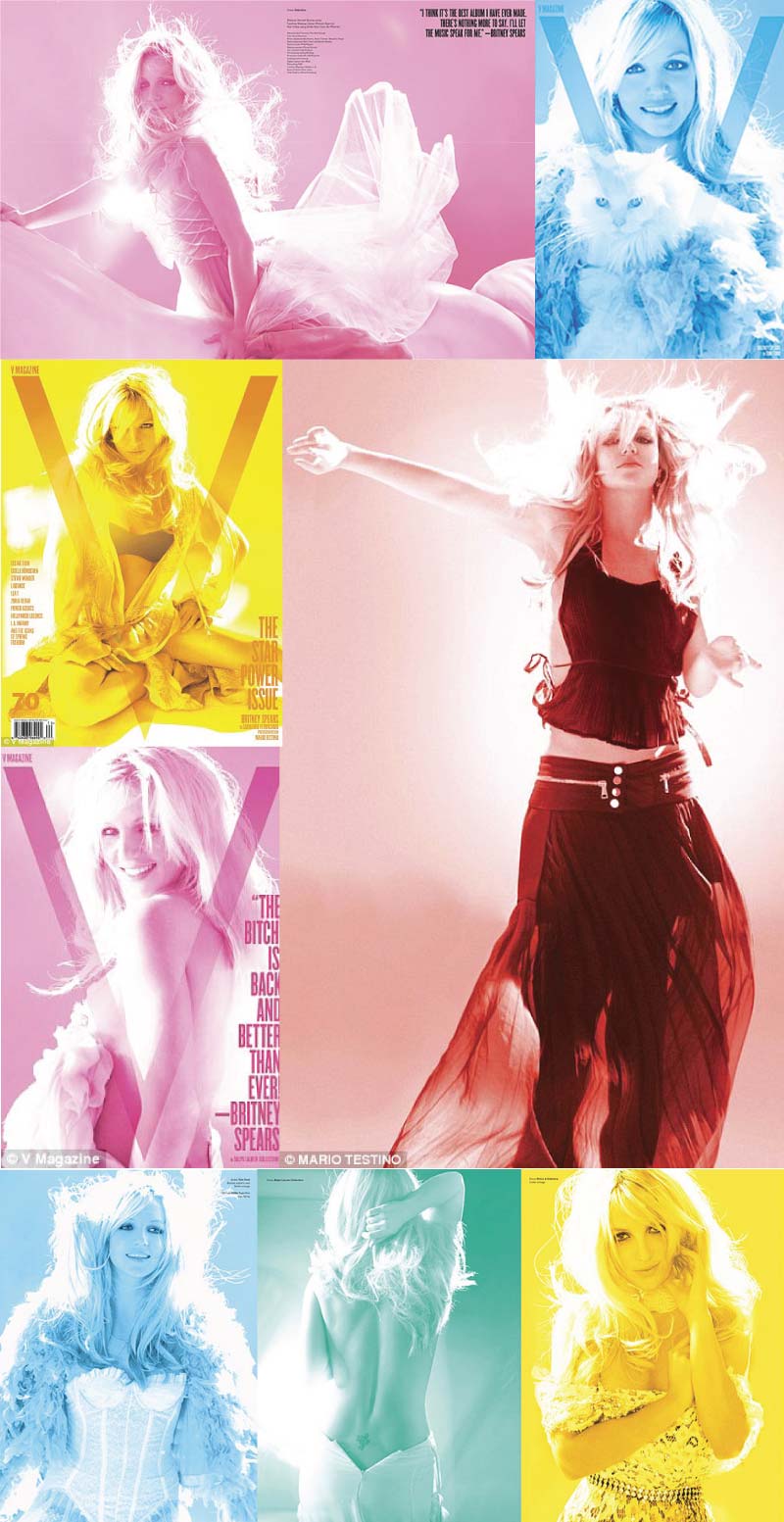