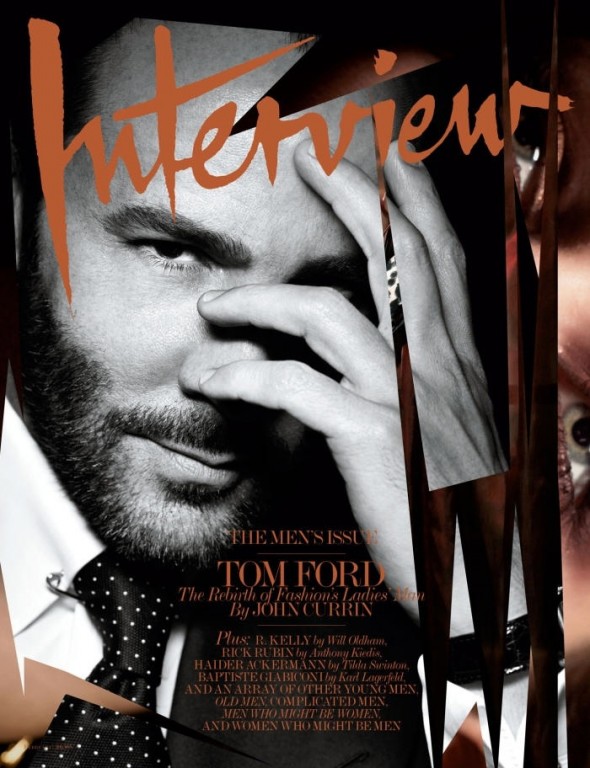 Interview magazine, known for covering the latest in fashion trends, really served up a nice piece in its February issue. One of Karl Lagerfeld’s favorite photo subjects, Baptiste Giabiconi, talks about “Showtime”, the first single from his debut album. Yeah, I really don’t care about that either but I did enjoy the rather revealing photos of him. He’s quoted as saying he has no problem posing nude when it comes to modeling because he just sees it as work. Then Interview punked out and put a little censor box over the part of the photos we’d be most interested in seeing! Darn you censorship! If this were a woman the magazine would have just gone all in and shown all her lady parts – as they’ve done many times. We’ll just have to settle for some pelvic shots and un-manscaped hair. Oh well, we can all enjoy what they did choose to show. Check out pics from the article below.