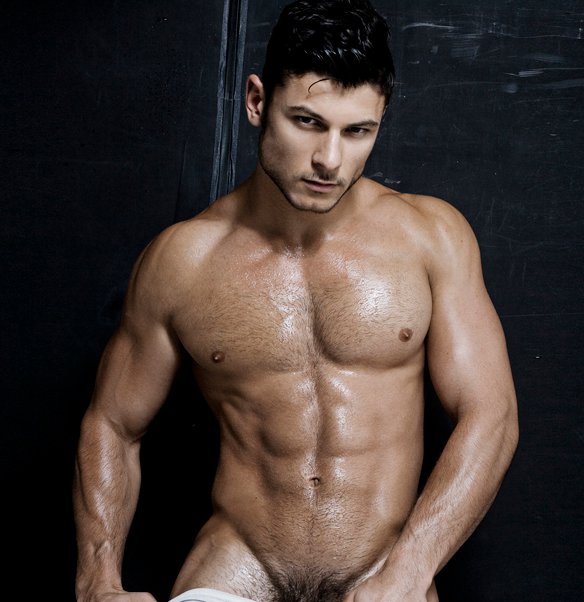 As you know, Man Crush has a Tumblr component to the blog that’s just pictures of hot guys (some that aren’t exactly safe for work, just FYI). The other night after posting a few and Tweeting them to our followers, I received a rather nice Tweet from one of the guys featured in one of the pics – Daniel Garofali. Really, I immediately went into swoon mode. If you Google “hot guys” or “male fashion” you’ll come across tons of his pics. He’s one of the heavyweights these days in the male model industry and what’s most appealing about him is that unlike a lot of these well known male fashion icons, he actually interacts with his fans! Now that makes him more than a bit crush worthy.

Daniel is from Australia and if you don’t know, I love me some Aussie men so it’s a shocker that I haven’t featured him sooner. As DNA magazine once described him, “he’s classically proportioned, chiseled, muscular and sexy.” And I agree with all of that and just have to bow down to this hotness. The brooding eyes; the smoldering looks; everything about Daniel Garofali screams “sex” and he’s definitely a guy worth our attention. The best thing about him, as stated before, is that it’s not hard to get your Daniel Garofali fix because he’s all over the Internet. You can become a fan of his via Facebook, you can check out his pics on his Tumblr site, he has a YouTube channel and is on MySpace. If that’s not enough then you can visit his website or simply follow him on Twitter @danielgarofali.