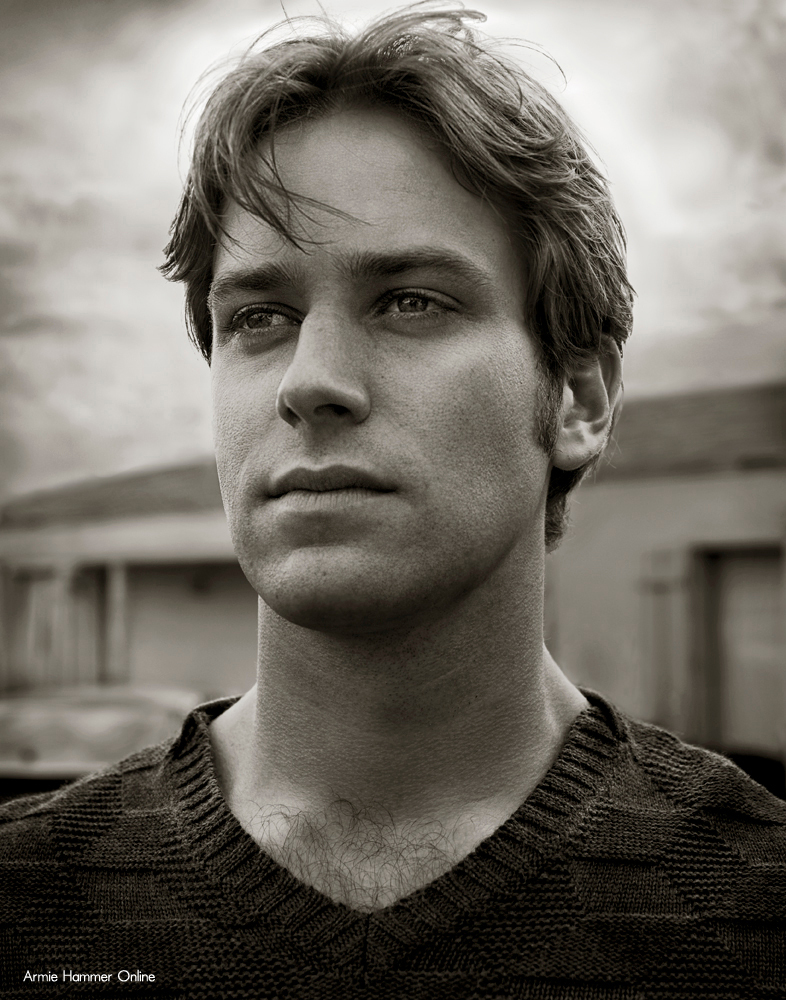 So, I feel like the only person who hasn’t seen The Social Network and really I have no desire to see the film. The story of Facebook – scandal, deceit, betrayal! Uh, no thanks, I watch soap operas for that and won’t pay $8.00 to watch a motion picture about something I can Google. A couple weeks ago I featured The Social Network’s Andrew Garfield and his Details spread and while I think he’s cute, the real shining star of the film (in my view) is Armie Hammer. He played the Winklevoss twins (yes, both of them) and oh, what a gorgeous man. I caught the real twins on 60 Minutes a while back and they’re pretty hot but my gosh, so is Armie Hammer.

Armand Douglas “Armie” Hammer is a descendant of the guy who founded the whole Arm & Hammer brand but he’s not just one of those folks who’s tried to profit off the name alone (like, say, Paris Hilton). He’s made quite a name for himself as an actor and has had television appearances in shows ranging from Gossip Girl, Desperate Housewives, Reaper and Veronica Mars. He’s been in other films besides The Social Network including Flicka, Billy: The Early Years (about Billy Graham), Blackout and will be starring in the upcoming film J. Edgar alongside (barf) Leonard DiCaprio. There’s a lot that I like about Armie Hammer from his sense of humor to the dreamy boy-next-door look and the un-manscaped chest hair … well anyways, I can’t wait to see him getting a bit queer with his J. Edgar role. If only he was paired with someone equally as hot and not rat-faced looking like Leonard DiCaprio.

Video of the Week: Kylie Minogue’s “Get Outta My Way”