Hold on kiddies – it seems as if we’re entering into a pop-calyptic situation. Many of us are waiting with baited breath and orgasmic glee to see Britney Spears’ return to the scene. Today she announced that her new album, Femme Fatale, is slightly delayed and will be out March 29. The video for the number one single “Hold It Against Me” will debut before the February 17 episode of  The Jersey Shore on MTV. But hey, hold up, aren’t we forgetting someone?

Oh yes, Lady GaGa. Our fearless fame fatale is also planning her long awaited return. Her new single, “Born This Way”, will debut this coming Friday on February 11. There really hasn’t been much said about her new project beyond the usual hype and obsessive teasing that comes forth from the Haus of GaGa with any release. A week or two ago she leaked the entire lyrics for the single. Oh, rebellious! Now she’s released the single art that’s posted below. Hm. Some call it “fierce” but is it weird that I think it’s a bit tame by her standards? It’s cool and all but the black & white has been done to death with her whole “The Fame Monster” era. Still, I’m pumped. With all she’s said about the greatness of this forthcoming track, I sure as hell better combust into rainbows and unicorns upon first listening or I’m gonna be ticked.

Who are you more excited for – Britney or GaGa … or are you like me, excited for both and the flurry of delectable pop treats both of these pop icons are about to unleash upon us? 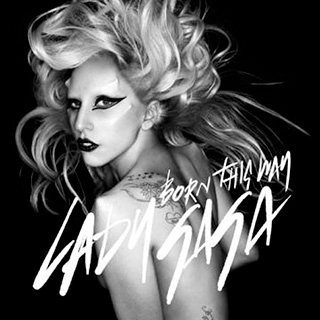 Britney Spears’ “Hold It Against Me” Music Video