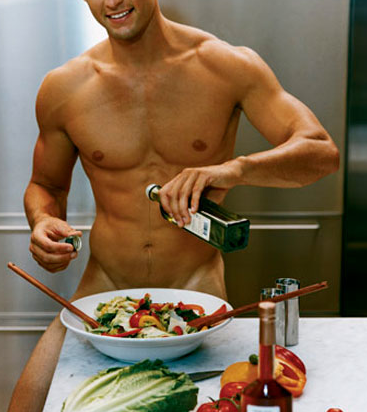 Some are going to disagree, and that’s fine. But with my experience, everyone knows how to deal with a gay or lesbian. Will & Grace and other television shows have made being ‘different’ in terms of sexuality somewhat acceptable. But coming out as a non-meat eater, or worst yet, vegetarian and vegan? (for those who don’t know, vegetarian and vegan are two different things – to be a vegetarian means who abstain from eating meat. To be a vegan means to stay away from dairy. Put them both together and you’re like the funnest person to be around during a dinner party). In short, our society is so meat-hungry that when faced with someone who’d rather just stick to vegetables as their main course and diet is just … well, it’s hard to swallow.

Whenever I reveal my herbivore tendencies, the conversation usually plays out like, “You’re … uh … vegetarian?” Inwardly, I sigh and reply, “Yes … and on top of that I try to be a vegan. That just leaves a whole lot for me to eat.” And though that sounds snarky and bitchy, I’m being honest! I still have a lot of things that I eat and in fact it opens the door to a slew of foods and dishes that I wouldn’t even think of eating or preparing if I were making meat the center of my eating plan.

Many men may be skeptical of the vegetable-based  diet and eating plan. When it comes to fitness and nutrition we hear or read a lot about the importance of protein, meat and dairy in our diet to get big muscles and abs. We’re really programmed to think believe claims such as drinking milk is the only way we’ll get the calcium our bones need or that eating meat is the only way to feed and to grow muscle. Or you’ll be told that you need the B vitamins found in a meat’s blood to stay healthy! All of these food myths are things we’re told and taught and yet we’re never taught to question their source. A lot of these studies and diet recommendations come from meat and dairy industry funded studies and research! Of COURSE they’re gonna do their best to sell you on the idea that you need meat and dairy to survive.

Well, guess what … you don’t need meat or dairy to get lean, grow muscle and get fit. Sure, I was skeptical at first like you may be when reading this. You couldn’t convince me that sticking to a strict veggie diet could do all of these things like cure you of acne, help ease off the affects of depression, help you lose weight. The moment I cut back on meat and dairy, the  and fat started melting off and that was even before I started exercising most days of the week.

The moral of the story is that you shouldn’t be afraid of trying something different if you really want to see changes in your life and specifically in regards to your health and fitness. Is being a vegetarian hard? No. The hard part is usually dealing with friends, family and strangers telling you that you’re going to waste away or that you’re starving yourself or worst yet that you’re anorexic or bulimic because you’re opting for a heap of greens or veggies rather than another slab of decomposing, rotting flesh (because you know, that’s really what you’re eating when you eat meat, no matter how you slice it or look at it). People ask how did I lose weight and how can they lose weight. I always tell them to exercise but truthfully, it’s all about your diet. If you go vegetarian and vegan, you’re going to feel more energetic than you did when your body was slowed down by hormone-pumped meats. Your skin is going to clear up of acne and blemishes and the pounds are just going to start falling off with little effort. There are tons of cookbooks and Web sites out there with vegetarian and vegan recipes, too. The key to weight loss is healthy sacrifice. Want to get healthy? Then what are you willing to give up?