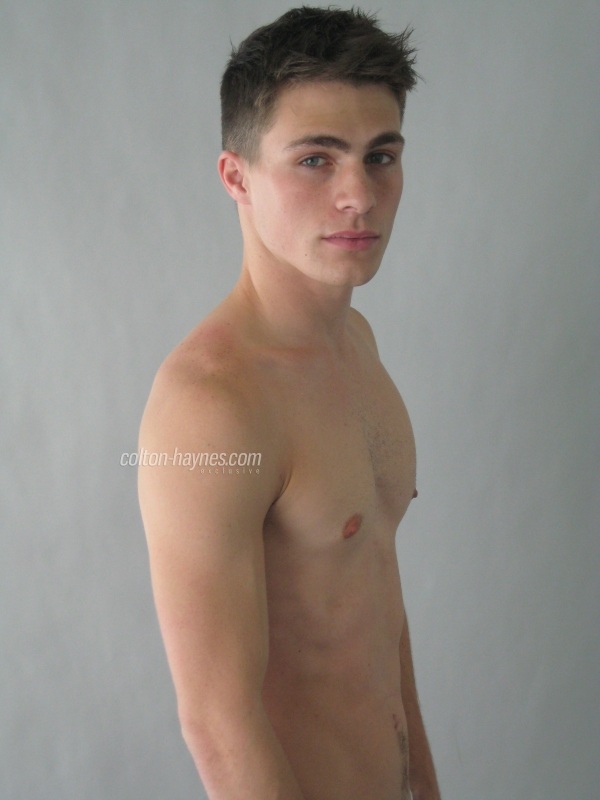 I feel like I’m probably the only person who watched The Gates last summer on ABC. The show is (or was) like a love affair between Desperate Housewives and Twilight and featured Colton Haynes as Brett Crezski, the resident high school jock by day and werewolf by night (and sometimes during the day, too). It was announced soon after that he will also be a part of MTV’s Teen Wolf series playing the part of Jackson Whittmore … a bullying jock. This must be his niche but I’m hoping it means we’ll catch him all shirtless, sweaty and buff like he was for his similar role in The Gates.

This hottie hails from Wichita, Kansas and was born in 1988. His career started with modeling for Abercrombie & Fitch when he was just 15 years old. Funny enough, he also appeared in The Hills as a model. He’s had a few guest roles on shows including Privileged, CSI: Miami and Pushing Daisies before his big role on The Gates.   Modeling for Abercrombie & Fitch, hanging out with Chace Crawford … is this guy gay or straight? I have no idea but what what I do know is that if he’s unsure I’d gladly volunteer to help him find out. He and I can practice getting all hot and bothered and wolf howls. You can follow him on Twitter @ColtonLHaynes.