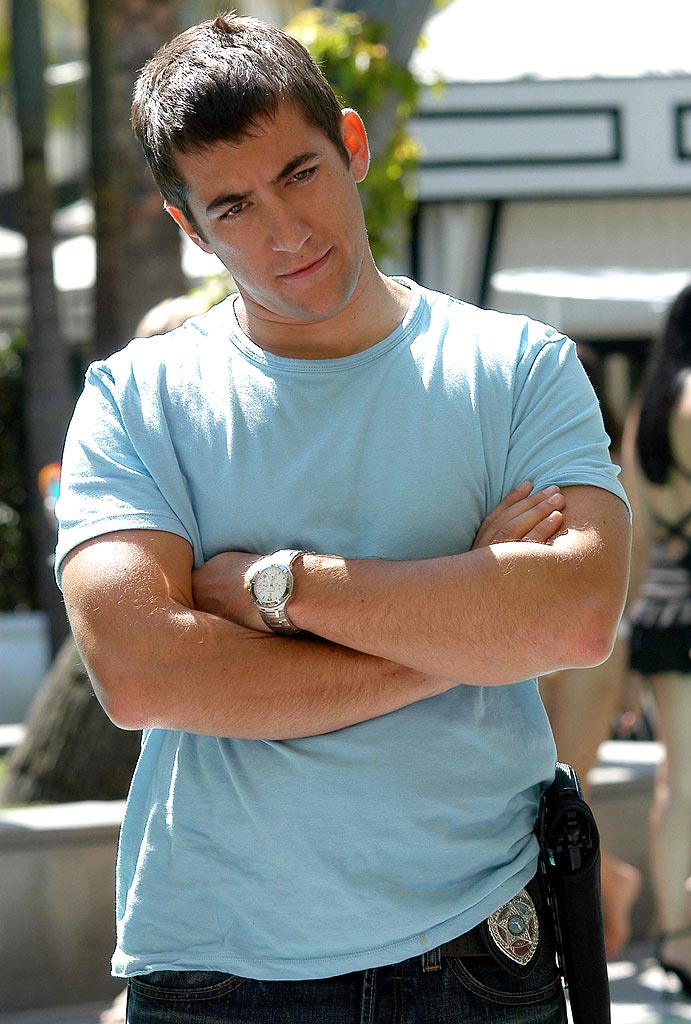 I am not a fan of the CSI franchise. There, I said it. I mean, this franchise has a couple dozen series that all seem as if they’re recycling the plot lines. I am, however a fan of cute guys and Jonathan Togo definitely qualifies as a hottie. Jonathan plays Ryan Wolfe on CSI: Miami, a role he’s had since 2004. He’s appeared on various other shows such as Judging Amy, Special Unit 2 and had a role in the movie Mystic River. If you check out his shirtless pics below, they come off a bit suspect but he claims he’s straight and has a girlfriend. ::blink:: Well anyways, he’s definitely a cutie and needs to appear shirtless more often! Check out his hot pics below.