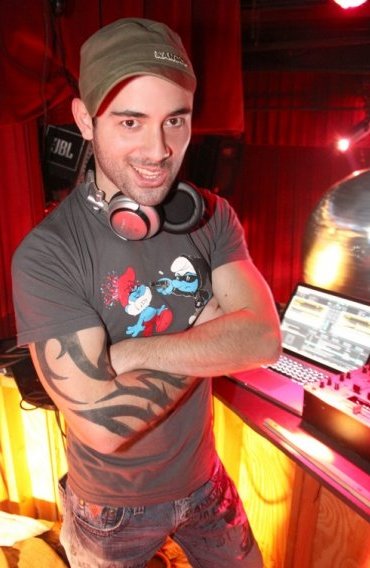 There are a few staples or “must follows” on Twitter, especially if you’re a member or fan of the gay community. One of those is definitely DJ Drew G. You see, there’s a lot to like about him. Sure, he’s gay, but he doesn’t seem to embrace most of the stereotypes that riddle the gay community. Sure he tweets about working out and shows off his awesome body and abs, but it’s probably his edgy un-apologetic attitude that makes him quite the firecracker.

You’ve more than likely come across some of his work. He often collaborates with Brian Cua and together these two have created some addictive remixes of some of the top songs including the very first mix of Lady GaGa’s upcoming “Born This Way” that they created around the soundclip of her singing it live during her Grammy acceptance speech. Just go to YouTube and you’ll come across a slew of hits. Drew G was featured over at thedjlist.com a while back if you’re interested in his background, including how he’d released five albums before he was 18, his work with Peter Rauhofer and in general just why he’s one DJ you should have on your playlist. You can follow him on Twitter @DJDrewG, Facebook, and by visiting his website.