Andrew Garfield, who was a cast member of the recent film The Social Network and recently named the new Spiderman in the upcoming reboot of the franchise is being featured in the February issue of Details magazine. The black and white pic of him pulling his hair back had me wanting to spin my own little web of white stuff this morning. 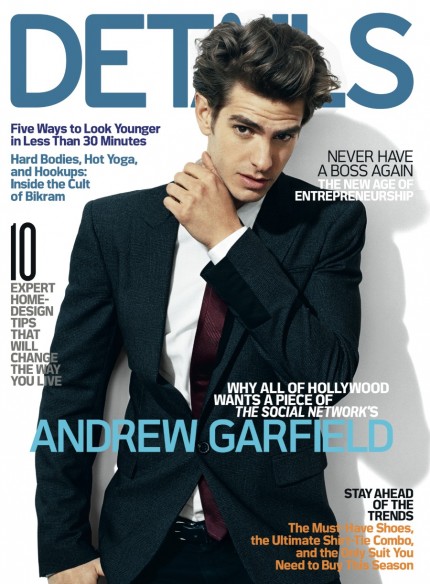 Man Crush of the Day: ‘One Life to Live’ Actor Matt...

Standing Ovation- Praise for Some of Entertainment’s Leading Ladies