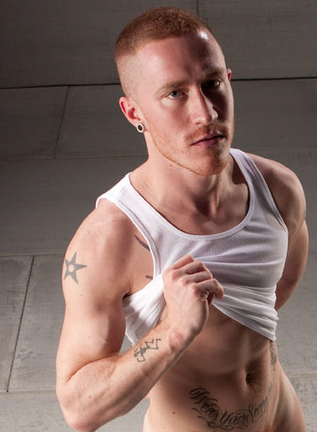 If there’s one thing I’ve noticed about 2011 is that people are really digging redheads. While Chelsea Handler seems to despise and mock them, I dunno, I think some of them are rather hot. At the top of my list? Adult film star Kennedy Carter. I mean, just give me a moment as I praise Jesus for this hot guy. The list of likable attributes regarding this guy goes on and on. First, he’s English. Swoon. Second, he’s into tattoos which gives him that “the kind of guy mother warned you about” kind of look. Last, he’s hot and thanks to his various porn appearance, we all know the guy’s got it going on all over.

Man Crush of the Day: Actor and model Aiden Turner

Man Crush of the Day: Actor and model Colton Haynes