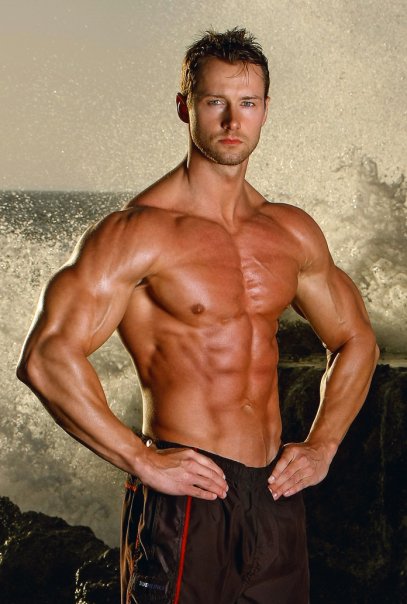 Over the weekend I made a purchase that some of you will laugh at. I bought … a t-core! If you are unfamiliar with it, it’s a long yellow “T” shaped contraption that uses resistance bands to work your core. If you haven’t seen the infomercial for it yet then trust me, soon enough you will. It’s from the same company that makes the shake weight … which I also own. But, anyways, if there’s one thing about this company it’s that they really know how to cast and shoot a commercial. First we had guys shaking weights in their hands to the point of climax. In the t-core commercial the guy sits shirtless and grits his teeth as he slowly jacks the t-core.

The point of all of this is that after a few viewings I wanted to know more about the hot guy this company had hired for its commercials. Turns out it was model and fitness buff Matus Valent, a model that appeared on Janice Dickinson’s Modeling Agency Season 3. This guy is ripped. Heck, he’s shredded and has one of those “only in Hollywood” bodies that you’d never expect to see in real life. Seriously, I think we need to import more European hard-bodied men like Matus because you can’t find this kind of eye candy. You can follow him on his new Twitter account @thematusv and check out his website by clicking here.