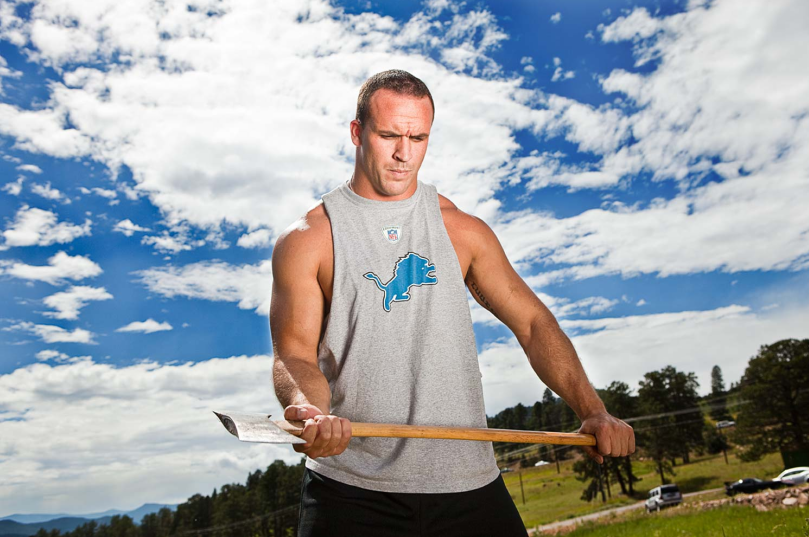 Looking back on 2010 there was one thing missing from this blog – jocks. Bulging muscle, athletic, swoon-worthy men in sports. I admit, I’m not big on sports but I’ll watch them or will read an article if there are some hot sweaty guys involved. The first crush-worthy jock for 2011 is Caleb Campbell of the Detroit Lions.

Some are probably asking why him. Well, because he’s sort of a controversial figure in Football and if a gay loves anything it’s hot guys and a bit of drama. Looking at Caleb’s Herculean bod, you’ll probably think of him more as some super hero figure than a sports star. He’s a lieutenant in the United States army and in 2008 he was selected for the Army’s Alternative Service Option (ASO) which allowed for him to play pro-sports rather than being shipped off to battle. After much debate and drama as detailed in the September 2010 issue of Muscle & Fitness, he chose to pursue a professional football career. There goes your drama for the day and below are some hot pics to drool over. You can follow him on Twitter @Lt_Campbell53 and become a fan of his page on Facebook. Anyone else suddenly feeling like a game of touch football?