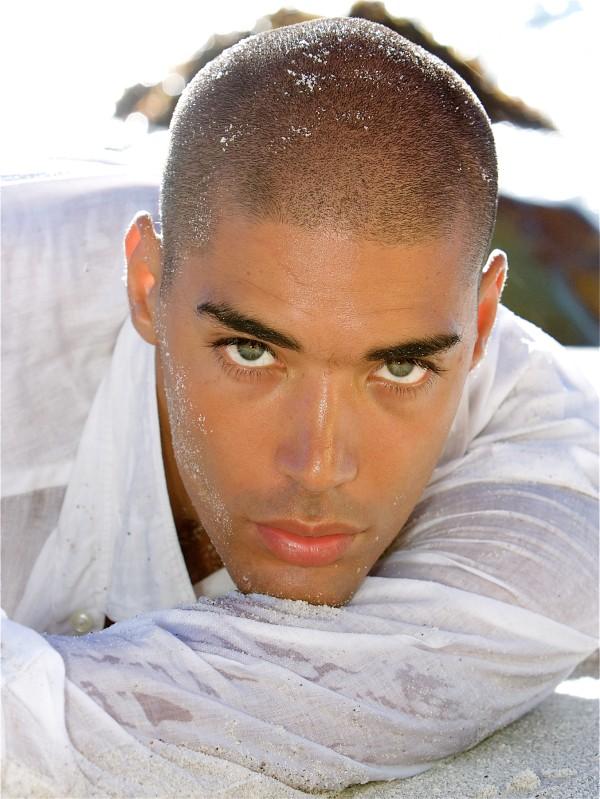 One of the most popular posts on this blog in 2010 was model and “Teenage Dream” music video star Josh Kloss so when it came to choosing the first crush of 2011, it seemed fitting to go back to the music video genre in search of a hot guy for us all to ogle and gush over. Have you seen Nicki Minaj’s video for her song “Right Thru Me”? If so, you probably are wondering who the hot guy is that parades around shirtless and half naked with the music star. His name is Willy Monfret.

If you’re curious where his gorgeous looks come from he owes it to his parents. His mother is French and his father Caribbean. He’s currently signed to Red Model Management and when he isn’t causing jaws to drop with his sexy looks he’s deejaying. You can visit his website for tons of information and pictures and you can also follow him on Twitter and become a fan of his Facebook page.