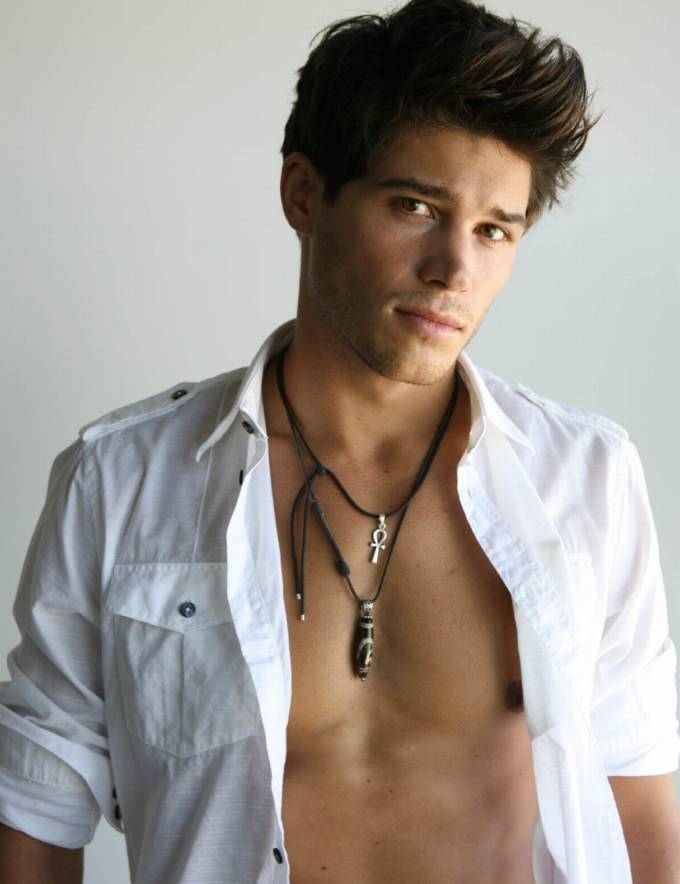 If you frequent this blog you probably know that I’m a fan of two soaps, one of them being All My Children. Yes, the plots and acting aren’t always the best and suspend belief but the show has one saving grace: a few good men. Trent Garett is one of the younger cast members and one of the best looking on the show these days. He plays Asher Pike, the son of newcomer and former mountain man Caleb. Asher has a thing for Colby, who happens to be the daughter of Caleb’s longtime nemesis, Adam. Got that?

Garrett is from Hampton, Va. He’s had guest roles on shows like 90210, has appeared in films like Last Call and Slightly Single in L.A., and has been in numerous commercials. Before landing his All My Children role Trent had a successful modeling career and you can check out some of his work posted below.

“Tell me what you don’t like about yourself.” – Thanks for...