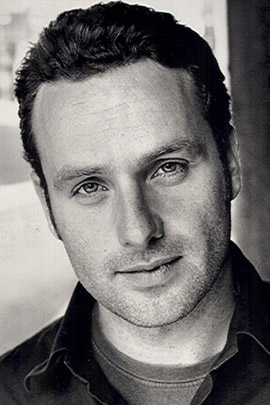 Amongst the gory bloody zombies that monopolize AMC’s series The Walking Dead is the hot cop/sheriff Rick Grimes, played by Andrew Lincoln. Lincoln is an English actor which means he’s automatically on my radar with the accent, hot pale skin and suave looks.

He has South African and British heritage which makes for a pretty hot final product. Lincoln’s acting credits includes the role of Egg in the television series This Life and roles on Teacher, afterlife. He also was in the movie Love Actually. In addition to his acting, and capitalizing on one of his hottest attributes, he’s a well-known and successful voice actor. He’s married and has a daughter which makes him a total DILF. I’m hoping his deputy character on The Walking Dead has a shirtless scene or two in the near future. For now, we’ve gathered a few screen caps from The Walking Dead and older shots of him to keep you satisfied for a while.