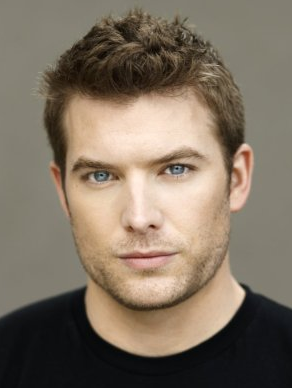 People always wonder why women (and gay men) like soap operas. Most soaps have the most ridiculous plots, worst acting and often require one to suspend all logic and reason to follow along. Here’s a secret – soap fans know all of that. The reason to watch a soap is for the sex and skin. Mark Lawson is one of the stars of ABC’s One Life To Live where he plays Lt. Brody Lovett.

Like many actors, he had a bit of a struggle to get to where he is now. He earned his BFA in musical theatre from the Boston Conservatory and studied at the London Academy of Music and Dramatic Art. He later moved to L.A. with acting aspirations but found little was happening for him. He was about to give up when he auditioned for One Life to Live and was cast in the role of ex-NAVY seal Brody Lovett. The best thing about his character, and him, is that he’s often seen shirtless in the show. This guy looks like a real-life Wolverine. Broad chested, defined muscle, chiseled feature, usually sporting a little scruff and piercing blue eyes – ah! It should come as no surprise that when he’s not acting he’s working out and is a personal trainer. Where can I sign up for a session or two? I have a few muscles that need pumping.

Video of the Week: Ricky Martin Bares All

Quotes from Glee’s “The Power of Madonna” Episode