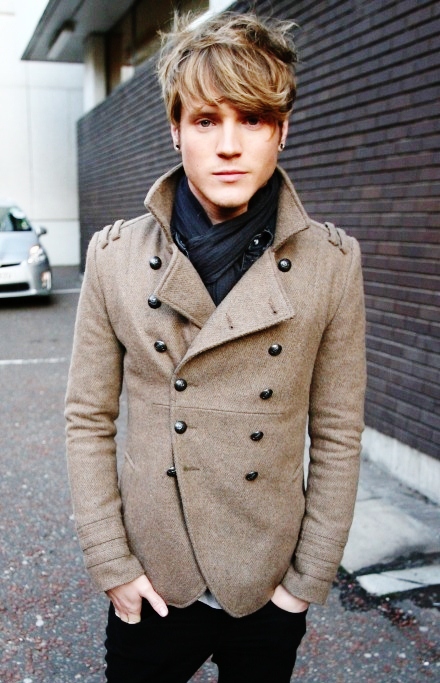 I have a thing for English guys. The accents, the Pilgrim-pale skin, the way they rock that scurvy-skinny emo look. I started listening to the group McFly not so much because of their music but because of the super hot singer and guitarist Dougie Poynter. He’s known as the shyest of the bunch but I think certain pictures prove just how he has nothing to be shy or coy about.

Dougie Poynter was born in Essex, England in 1987. His instrument of choice is the bass guitar and he cites Blink-182 was one of his musical influences, which judging by his looks isn’t much of a surprise. He joined the group McFly back in 2003 and has performed with and appeared in numerous television shows alongside his bandmates. My question is why isn’t this hot piece bigger in America? Seriously, we need to import him because Dougie is one hot commodity in my book. Follow him on Twitter @dougiemcfly.