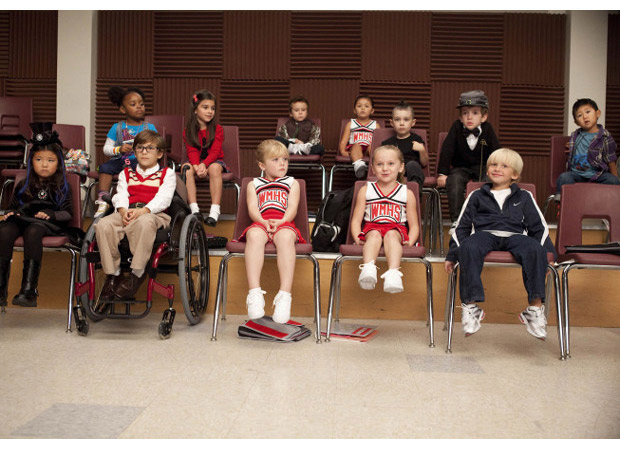 Will: “I thought we were friends?”
Sue Sylvester: “That got boring.”

Teri: “You have to admit no matter how toxic our marriage was I was really good at taking care of you when you were sick.”
Will: “That’s because you like me best when I’m weak.”

“Humiliation: bested by the Beiste! Reality is I’m a champion and once I get power I do not let it go.” — Sue

“Jackée, I’m like my idol Richard Millhouse Nixon regarding his time was petty, corrupt and penile he always had the best intentions of his people in mind.” — Sue Sylvester

“Rachel – you suck! You’re like a total drag! Has anyone ever told you that?” — Holly

Holly: “Rachel, I used to be just like you trying to get everything so right, hanging on so tight.”
Rachel: “What happened?”
Holly: “I got punched in the face.”

“If marriage is so sacred they should outlaw divorce.” — Blaine

“Oh my God, I opened up my mouth and a little purse fell out!” — Kurt in Mercedes’ fantasy

“Her name was Cameo. She was like an attractive Biggie Smalls.” — Holly

“Mr. Schuester taught me the second half of the alphabet. I stopped after M and N. I felt they were too similar and got frustrated.” — Brittany

“I suggest selling yourself on Craigslist under the heading of men seeking men with butt chins.” — Sue Sylvester to Will

Will: “When I’m sick there’s only one thing that makes me feel good.”
Artie: “Gin and juice …”

Man Crush of the Day: ‘One Life to Live’ Actor Matt...