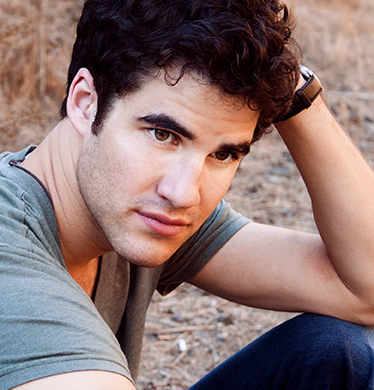 I suspect after tonight’s rather edgy episode of Glee titled “Never Been Kissed” one of the topics of discussion will be yet a new character to be introduced to the cast: Blaine. All summer we’ve been teased by ‘Glee’ producer Ryan Murphy that Kurt, the resident queer, would be getting a boyfriend. At first everyone thought it’d be Chord Overstreet’s ab-ulous character Sam Evans – we were all wrong! Now we’re wondering if it’ll be Darren Criss’ Blaine or if this character is just another stepping stone for our fearless pale Kurt.

Some of you may have caught Darren Criss on the short-lived ABC show Eastwick where he played a geeky teenager. Not a good look for him. Now as he moves into ‘Glee’ he’s cleaned himself up a bit, got a hair cut and wah-lah, crush worthy! Darren is a native of San Francisco and is a bit of an Internet sensation as he wrote and acted in the YouTube hit A Very Potter Musical and A Very Potter Sequel. He has a B.F.A. in performance and acting from the University of Michigan and has a bit of a music career going on prior to his ‘Glee’ casting. Check him out on Twitter @DarrenCriss and listen to some of his music on MySpace. I suspect after his gayed-up “Teenage Dream” performance on tonight’s episode that he’ll have more than just Kurt swaying and panting over him.