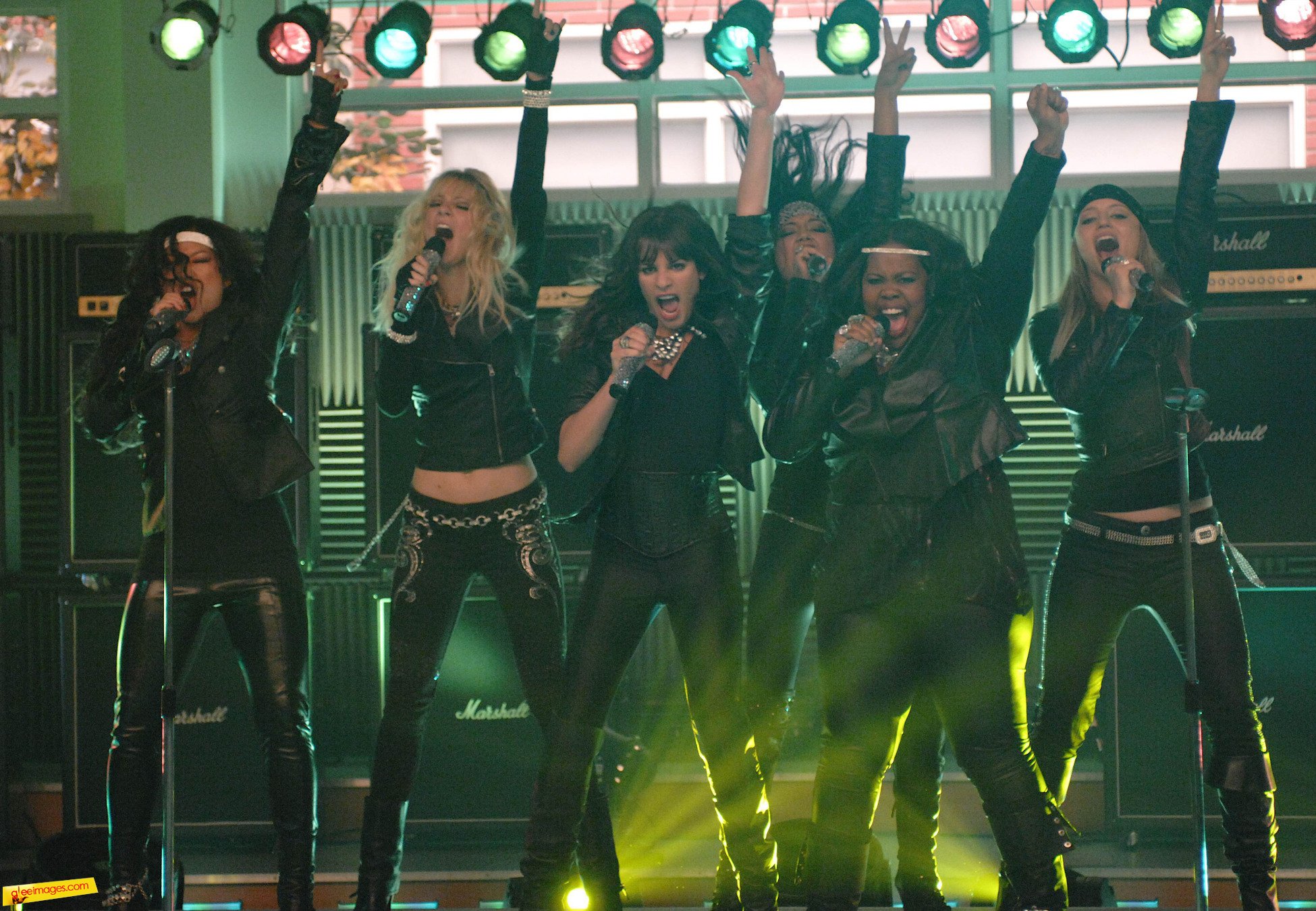 Some of our favorite quotes from “Never Been Kissed”, episode 2.06:

“Well slow down Professor X. I never said anything about liking you.” — Puck to Artie

Will: “I’m not tossing the baby out with the bathwater, here.”
Brittany: “I’ve totally done that!”

Quinn: “… I’m dating the hottest guy at school–”
Sue Sylvester: “Who’d rater be dry humping She Hulk. Oh dear God, why did I say that? Now that’s what I’m picturing. you know what kinds of disgusting images I’m going to have to look at to get this out of my head? I’m going to have go straight to the wound care center and stare at some wounds.”

“Yeah, you really can’t put a dollar amount on the value of fear.” — Puck

“The thing about chicks is that you only have to be a fraction as nice to them as you were mean to them to get them to like you again.” — Puck

“With those abs you can be my own situation!” — Tina to Mike Chang

“You crap on my leg I’ll cut it off!” — Coach Shannon Beiste

“It finally occurred to them to stop singing all that nonsense about how awesome it is to be alive, or ugly, or whatever the point is you guys are always trying to make. And instead they just got mean.” — Sue Sylvester

“Guess what hamhock, you’re not my type. I don’t do that chubby boy who sweats so much they’re gonna be bald by the time they’re 30.” — Kurt

“Can I just say this is what happen when you don’t put out? If everyone put out we’d have a winning football team.” — Santana

“I’ve never been kissed, Will. It’s the simplest thing – a kiss. It’s the doorway to everything else, you know? Promise; hope; a future with someone.” — Coach Beiste

“You can’t punch the gay out of me anymore than I can punch the ignoramus out of you.” — Kurt

Iconoclast: The Power of Madonna