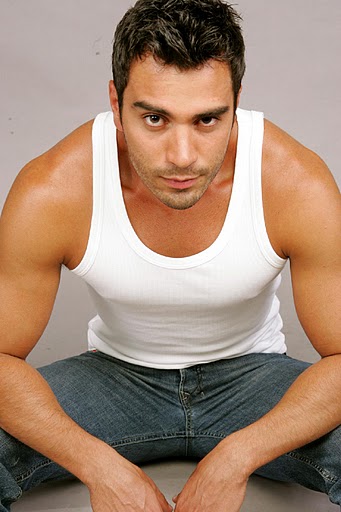 If you’re a fan of all the Real Housewives franchise on Bravo then you need to tune into Logo Monday nights at 10 for the gay spin of this franchise, The A-List: New York. Basically, the A-List features six gay men who get entangled in each other’s life. They work, they show off New York’s tolerance for gay men and couples while of course serving up a healthy dose of drama and laughs. The series’ power couple is Reichen Lehmkul (former flame of ‘NSYNC’s Lance Bass) and Brazilian model Rodiney Santiago. Seriously, Rodiney is enough of a reason to check out this new series.

Rodiney was born in the Brazilian city of Timoteo. He’s had a interesting professional career: dancer, city commissioner, physical therapist. At age 23 he moved to Sao Paulo and took up modeling full time and the rest is history. He speaks over four languages including Portuguese and Spanish; reportedly exercises five days (40 minutes each day) and made the move to New York along with his current beau, Reichen. You’ve probably seen him in ads for 2(x)ist and Rufskin. Visit his website www.rodineysantiago.com and check out his Facebook page for more information on this model citizen. Also check out the additional photos of him below and be sure to tune into the A-List: New York Monday nights at 10 pm EST on Logo.