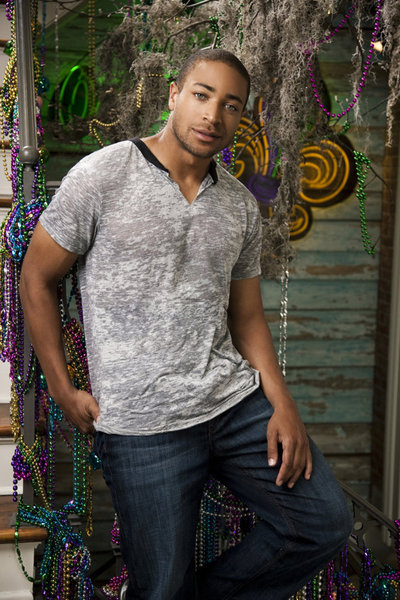 Have you been watching ‘The Real World: New Orleans’? Yes, MTV’s flagship reality show is getting a bit old and tired but it offers up a few entertaining moments and characters. This season has unleashed upon us the craziness of Ryan Leslie and this past week he made his Puck-like exit from the show after burning every bridge possible with his roommates. There was one bright spot from the big fallout – seeing fellow roommate Eric Patrick get so stirred up that he leaped out of bed in nothing but his boxer briefs to confront and push Ryan around. That was definitely some must-see tv. I wish for once I had one of those 3D televisions because Eric offered up an eyeful for the viewers!

Eric Patrick may always be seen promoting his comedy routines on the show (which really aren’t as entertaining as him parading around shirtless or in his skivvies) but turns out he also has a full-time job with the State Department! Eric’s bio on the MTV Real World site says he’s a ladies man and is used to juggling many women at once. It’s probably his eyes, muscle and model-like looks though that has all the boys and girls going ga-ga over him. Check him out on Facebook and take a look at his many shirtless and underwear moments on ‘The Real World’ posted below.

Man Crush of the Day: Trace Lehnhoff from ‘Flipping Out’