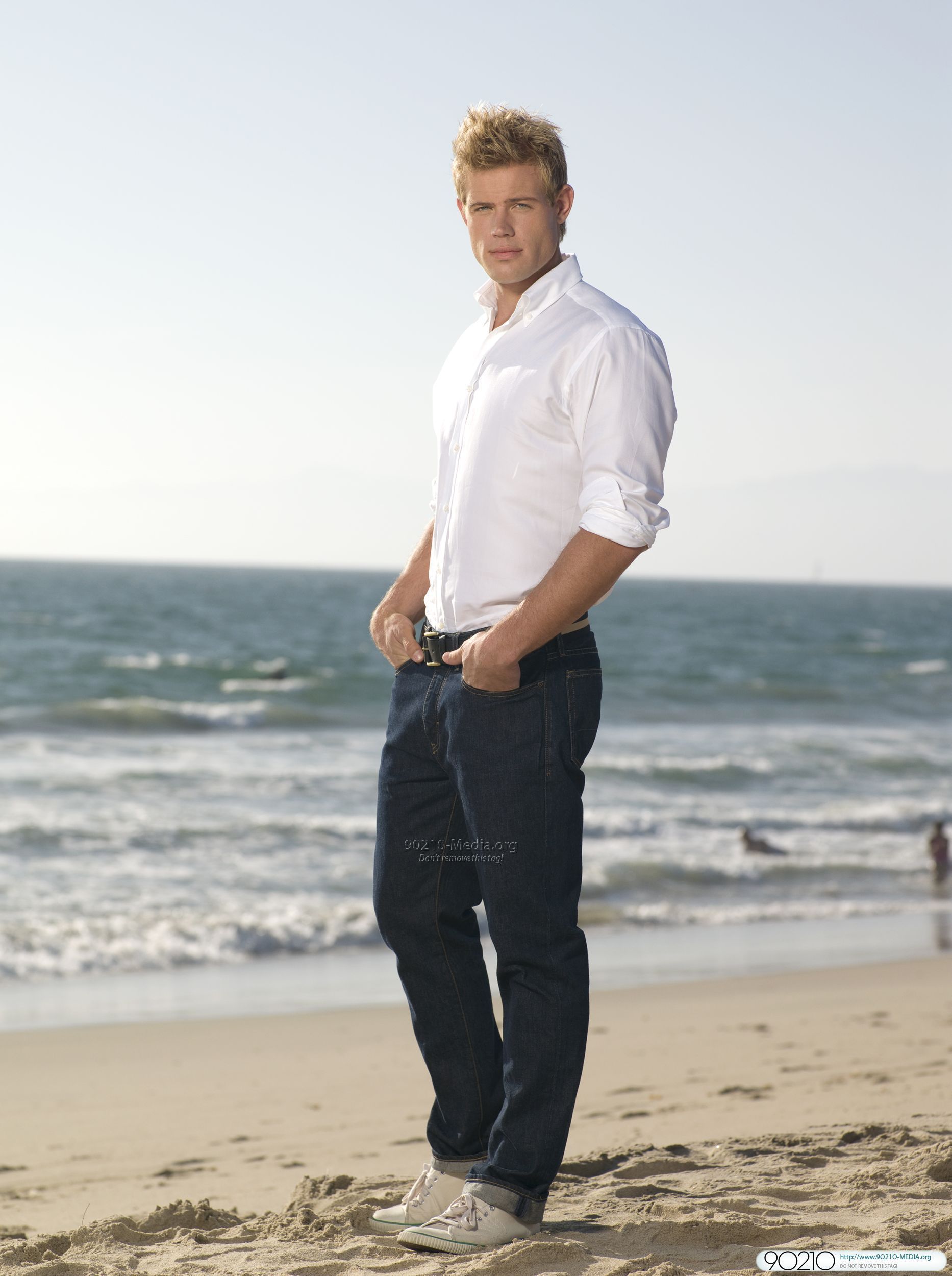 In case you haven’t heard, one of the guys on ‘90210’ (the new CW version) is going gay this season … and it’s [SPOILER] Trevor Donovan’s Teddy! YES. I was hoping for this. I mean, Teddy is this show’s Andrea Zuckerman (played by Gabrielle Carteris). You know … older actor plays a high school student who looks more like a mentor/teacher and makes you feel slightly awkward when watching him/her try to be the hip, nonchalant 18 going on 30 or 40 type. Well, I never cared that Trevor Donovan was too old to be skipping around the halls with the West Beverly High kids – he’s fu-[woohoo]-king hot! All American with the muscles, the blond hair, strong jaw line, chiseled beefcake features … seriously, none of the other guys since Dustin Milligan’s one-season stint on the show.

Donovan was born in Bishop, California in 1978 (yes, he’s old enough to have hung out with Brenda, Kelly and the first gang of ‘90210’). He’s modeled for Abercrombie and other companies and has acted in a few things, including a short guest role on the soap Days of Our Lives. He joined the cast of the CW’s ‘90210’ remake in September 2009 and despite the questions of his age (hey, every ‘90210’ incarnation needs an Aundrea!) he became an instant fan favorite and a regular on the show. And seriously, why not? We need one guy who’s hot and can go shirtless to make us all swoon and get over some of the show’s eye-roll worthy plots and acting. His character, Teddy, has been portrayed as a womanizer thus far – it’ll be interesting to see how they make him over into the resident gay. Oh, and who is his character’s coming love interest? That roles been taken by Kyle Riabko from ‘Spring Awakening’. I looked him up – I don’t really see Teddy going for that at all but to teach his own. Follow Trevor Donovan on Twitter @TrevDon and on Facebook. Enjoy the many shirtless (and at times barely clothed) pictures of Trevor below and tune into the new season of the CW’s ‘90210’on September 13.

Ain’t Love Strange: Why You Can Never Listen to Enough Reba