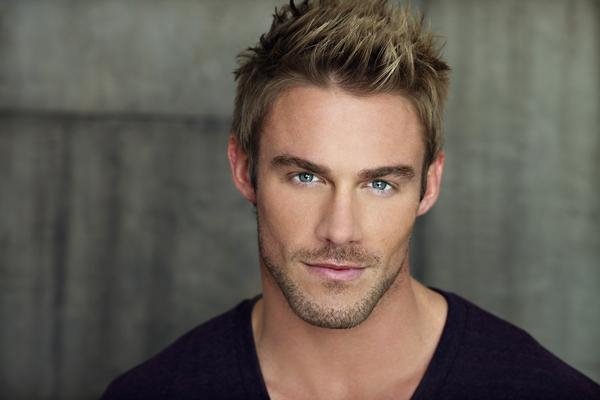 As I watched ‘The View’ this morning, I wasn’t really into much that they had to say until Jessie Pavelka came out to work out with co-host Sherri Shepherd and a random audience member. Sherri couldn’t keep her hands off of Jessie and I must say, it doesn’t seem like me and the woman who once said she wasn’t sure if the world was round or not had much in common but finally, seems like our obsession with Jessie Pavelka will bring us together.

I first became aware of Jessie when he played Henry in Lifetime’s hunkalicious “12 Men of Christmas” in December of 2009. He’s also appeared on tv shows “DietTribe”, the horribly unfunny “Rita Rocks”, “Friday Night Lights” and appearances on “Entertainment Tonight” and “The View” this morning. Seriously, I could sit back and watch Jessie workout all day long. This guy needs his own fitness and exercise show because his body is proof that he knows how to keep himself in shape and get pumped. Follow him on Twitter @Jessieisfitness and on Facebook. Also, check out his website www.jessiepavelka.com to keep up with his appearances.