Oh, forget that horrid Chipmunk-sounding, off-tuned Justin Bieber: I think (in partly thanks to my post a few days ago) the Internet has Matt Gutman fever! Yes, people, finally it seems the Spartan-looking ABC News reporter who has been covering the disastrous BP oil spill in Louisiana is getting the attention I think he deserves. I mean, seriously, why hasn’t ABC found a way to give us more Matt Gutman? His own seat on one of their news programs, a hosting gig on ‘Good Morning America’ or ’20/20′, a fitness report requiring him to get all hot and sweaty and rip out of some clothing? Oh, sorry, I was having a Blanche Deveraux moment there.

At the time of this posting, 786 people have migrated here in search of Matt Gutman news and information. That’s a lot considering it hasn’t even been a week since my big man crush was revealed in “Matt Gutman, Heating Up ABC World News” post that you can check out here. I even found that I’ve been quoted from and linked to via Mediabistro.com, Towleroad.com and Justusboys.com so I’ve started a little revolution! I feel like I’m living in ‘Sex and the City’ when Samantha Jones discovered Smith Jerrod and put him on the Hollywood map. So I’m putting it out there: ABC, Matt Gutman, The Powers That Be – let me interview the man! Seriously, I’m a journalism graduate, I can totally go Barbara Walters on him and I think we’re all dying to get more information about this rising star of the media. Besides his dashing good looks, great sense of style, impressive physique, he is actually a really good reporter. But, he’s also pretty damn hot and I think that’s gotten us all revved up. Who knew the news could be so delicious and orgasmic?

As a little thank you to everyone coming here in search of Matt Gutman news, photos and updates, I put together a little collection of photos from his past few reports of the oil situation. Yes, you are welcome, Internet, since there’s a such a lack of them on Google and in other places. One reader claims he did a report that called for him to go shirtless, scuba dive, appear in a tank top? Uh, I cannot find it, but if it does exist I want to see it! If anyone has a clip or screencaps of that, hook a brother up! For now, feast your eyes on this small collection and check back later for any updates that may come our way: 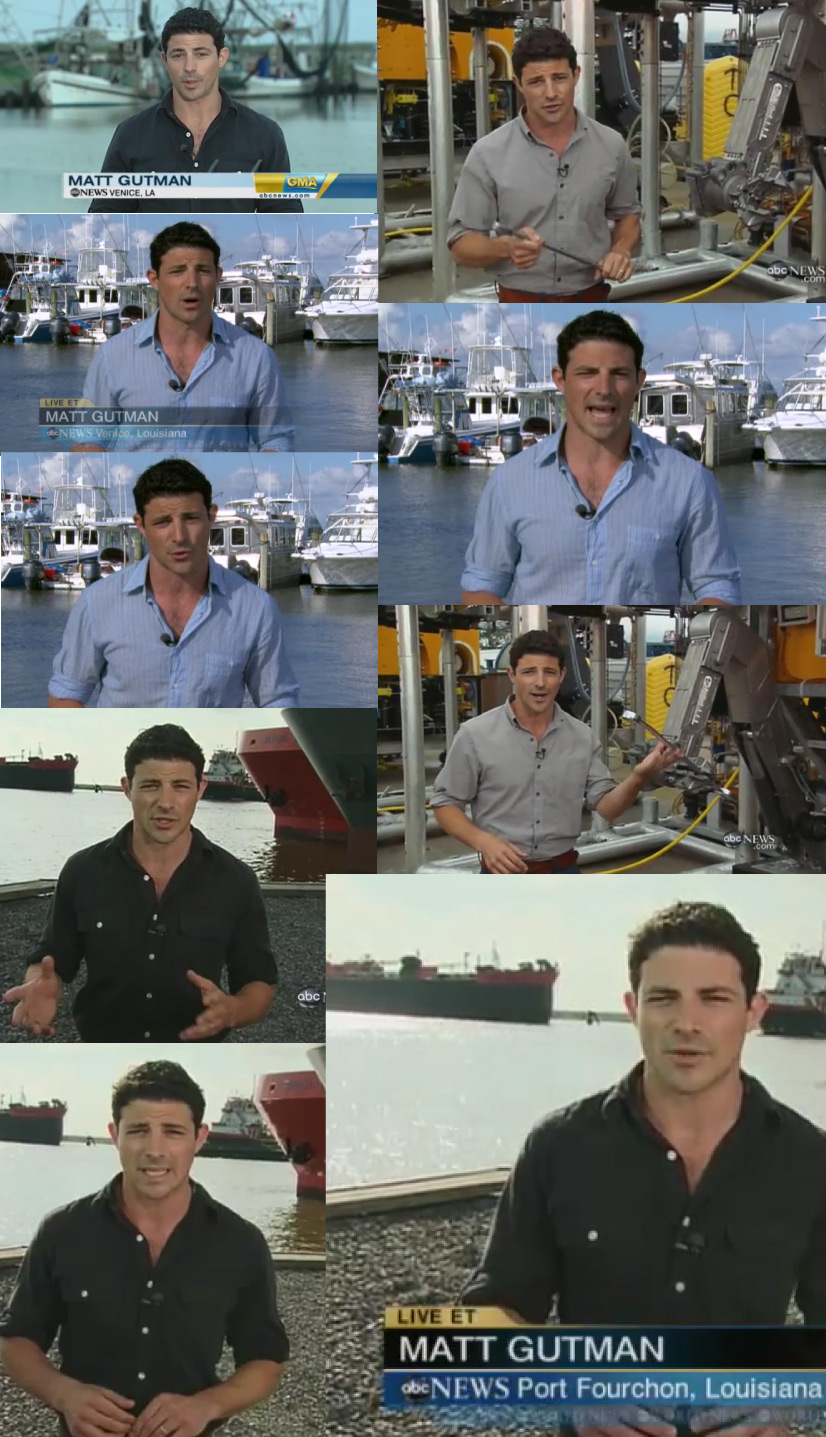 Review: Eminem’s Back with ‘Recovery’

Ain’t Love Strange: Why You Can Never Listen to Enough Reba